TURF has grown in the exposed position on the corner of Narodni and Mikulandska streets in the historic centre of Prague. There had been a baroque Schönkirch Palace and a vacant lot on major street of Prague. By combining the old and new a multifunctional palace with a yard, shops, restaurants and offices has been created. The new building creates street corner and its mass connects buildings around. The contour follows the street line and reflects the height differences of the neighbours with receding floor-lined green balconies and plastic metal grilles. There are three storeys of retail space next to the street. Four underground floors contains parking and technologies, upper floors serve as offices and roof as terrace.

Attempt to build on the Prague tradition of city palaces by drawing life from street into the courtyard.
Create an urban structure which tries to contribute with its greenery on the facade and on the roof to refresh this area of the dense stone town.
Create symbiosis between the old Baroque Schönkirch Palace and the contemporary building.

Existing Baroque palace is a baroque building with wooden ceilings. New palace is an exposed concrete column and slab structure. Many old elements, such as original bricks, tiles, stones, old beams were implemented to the collage of old and new. Tree trunks, ropes and various types of formwork, have been printed into the concrete walls and ceilings. The Baroque palace has been cleansed from deposits and carefully restored. Uncovered were valuable Gothic cellars, vaults, stone and brick masonry, polychromatic beam ceilings and wall paintings. Everything has been carefully restored and supplemented with an emphasis on craftsmanship, including wooden roof structure in the Baroque style. 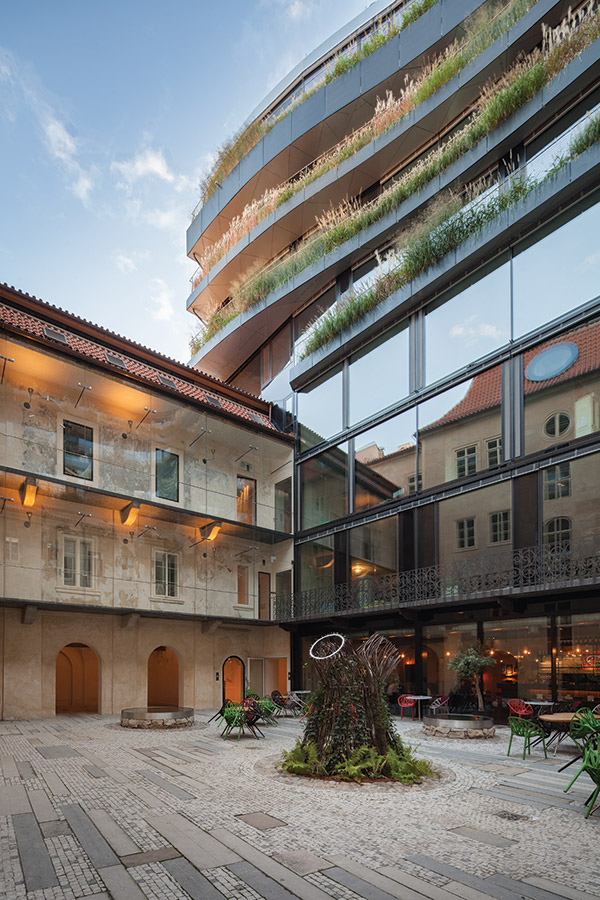 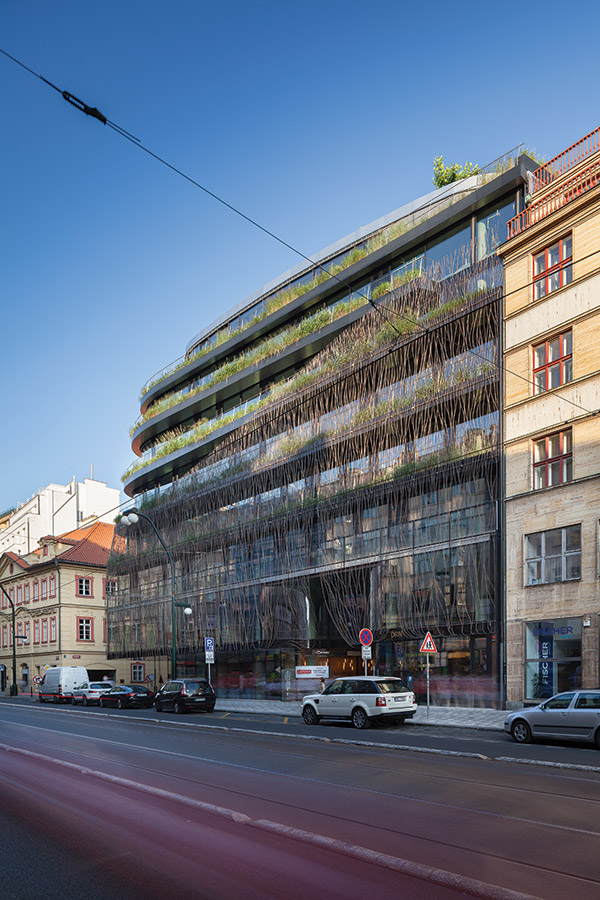 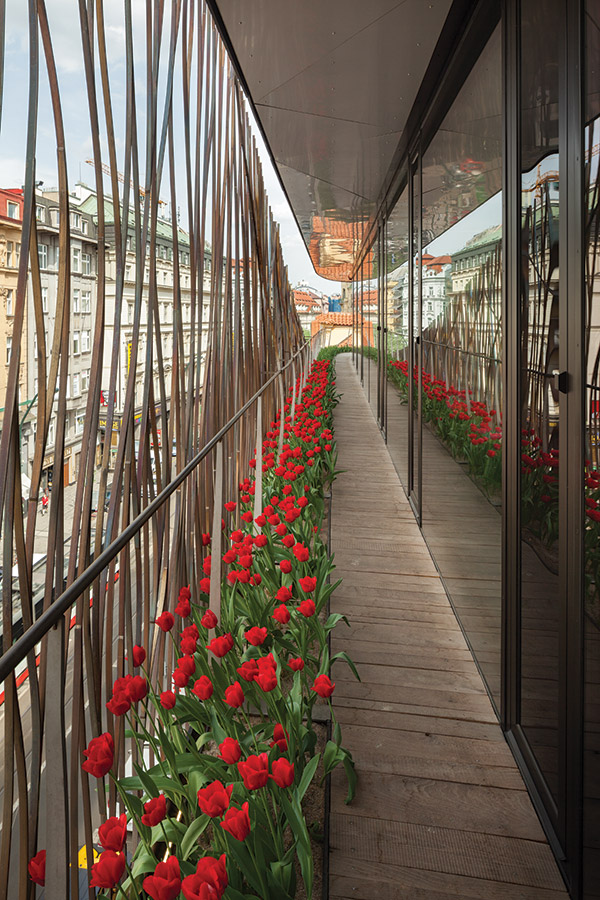 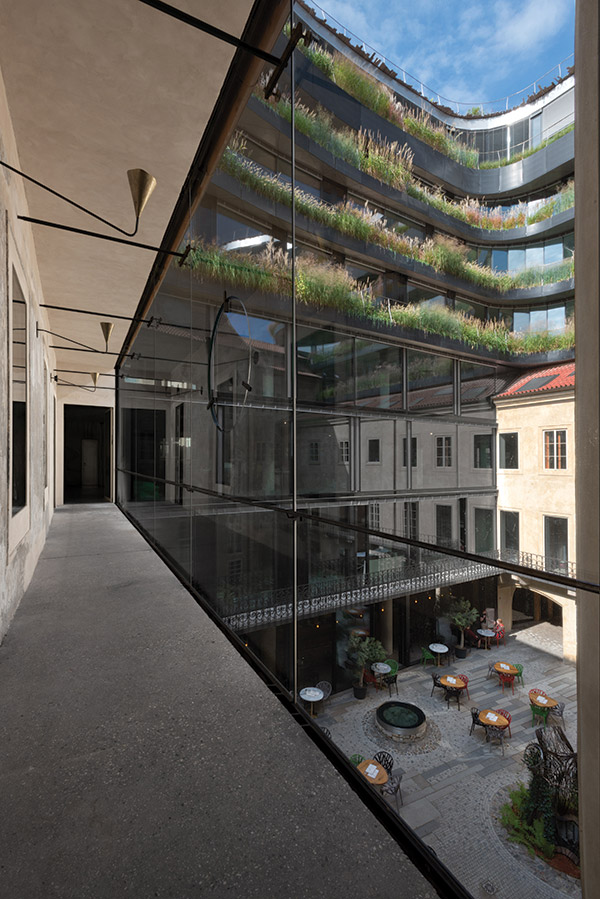 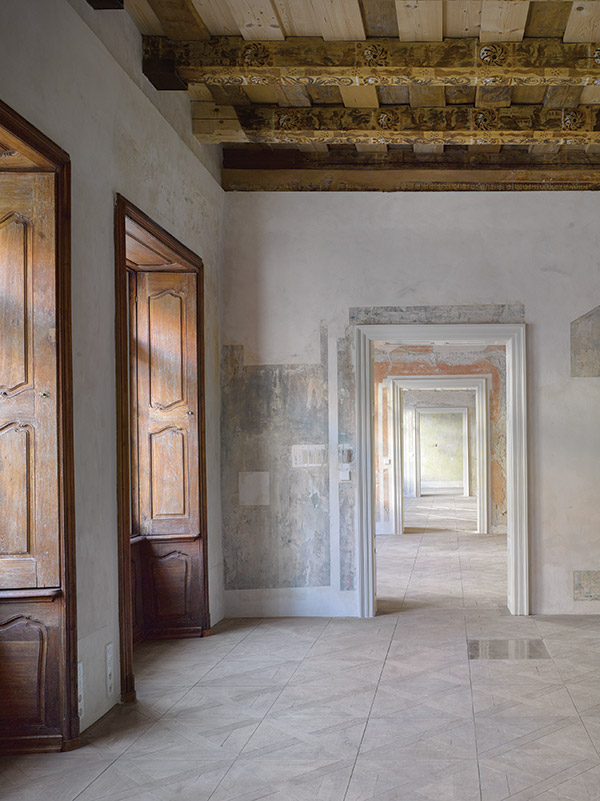 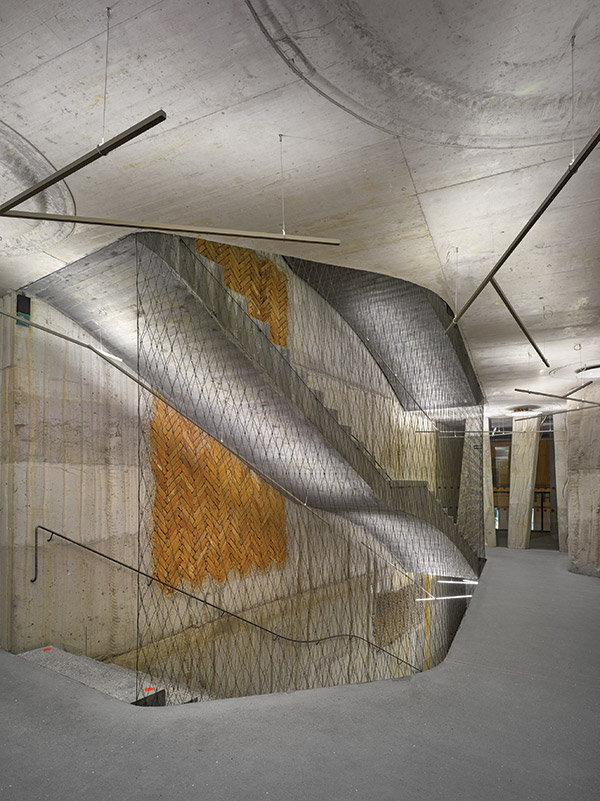 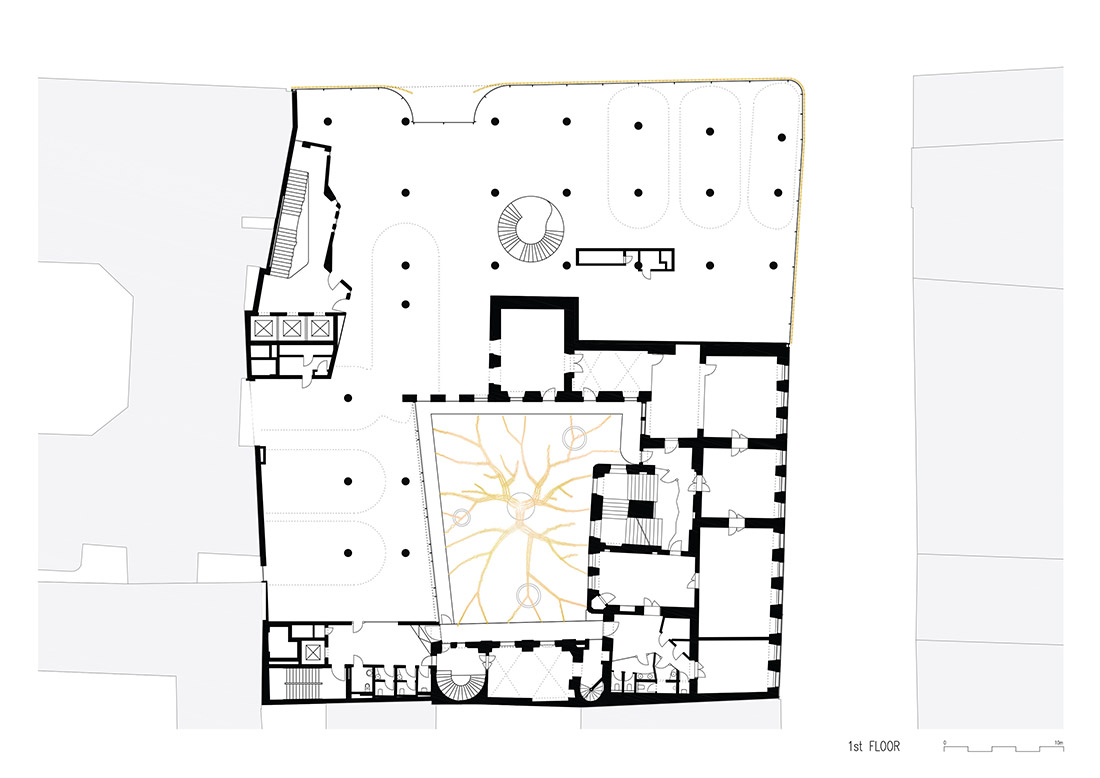