Greece, due to the economic crisis has stopped spending money on educational facilities. This year 35000 kids left out of the nurseries. KLab developed the idea of the prefabricated nursery which could be constructed within limited time and budget. Prefabrication in Greece is considered something with low quality. KLab had to overpass this public misconception, and work for a different outcome. Prefabrication, defined the final form.The idea was to create an urban village generated by the same architectural principles and materials, with a central piazza (plateia). The main module draws inspiration from the archetypal drawing of a house, as perceived by a child.
The design and construction of public buildings in Greece is problematic, as the architect is absent during the construction. One of the biggest challenges of this project was to reintroduce the role of the architect as the essential key person to this phase. 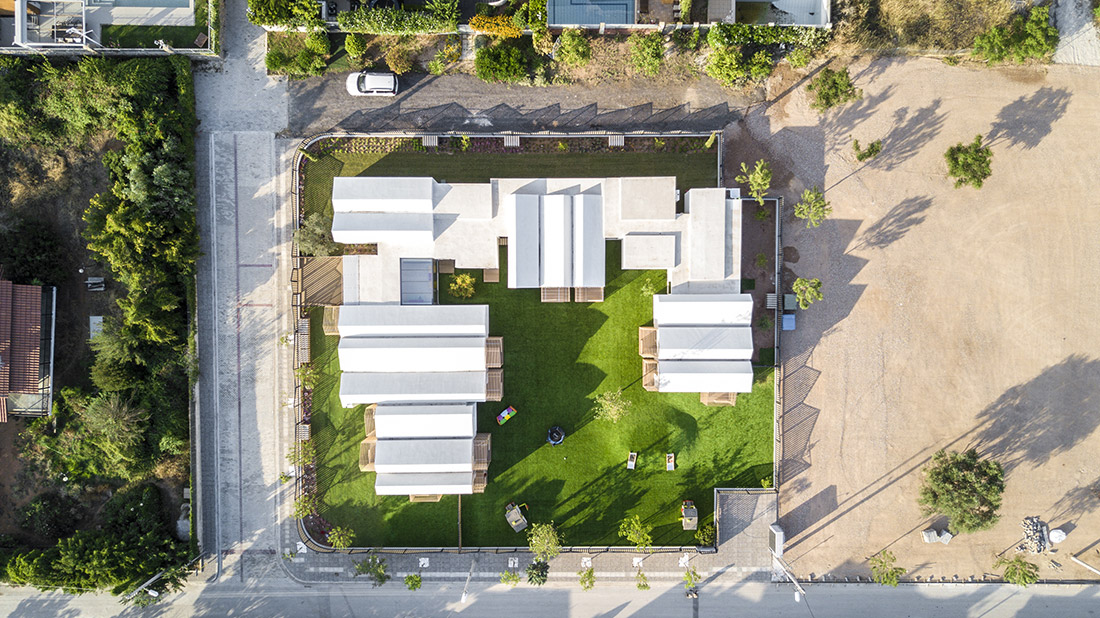 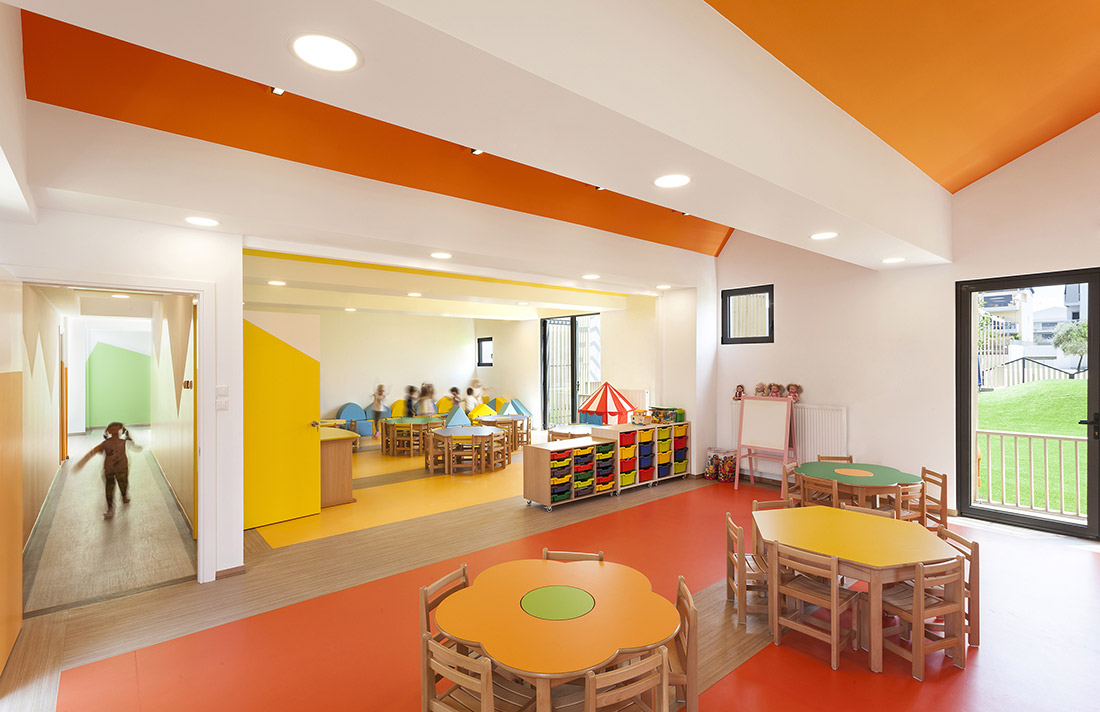 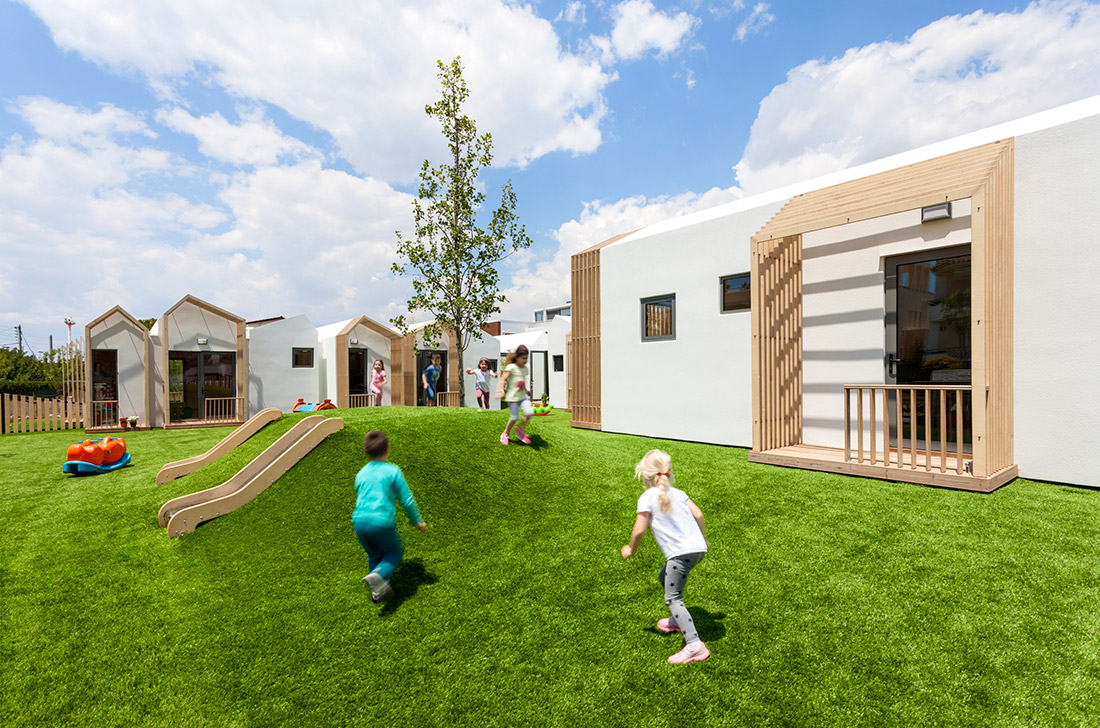 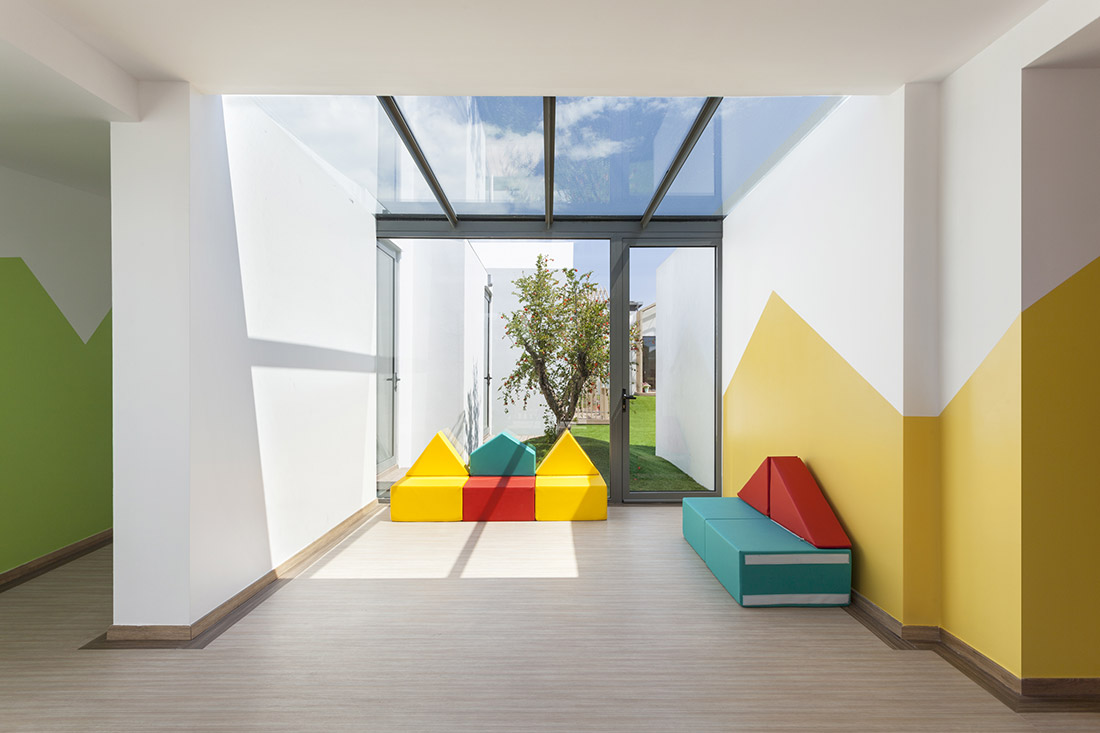 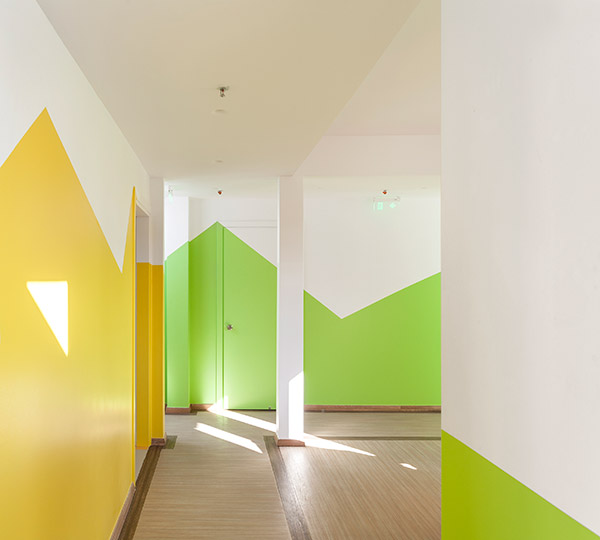 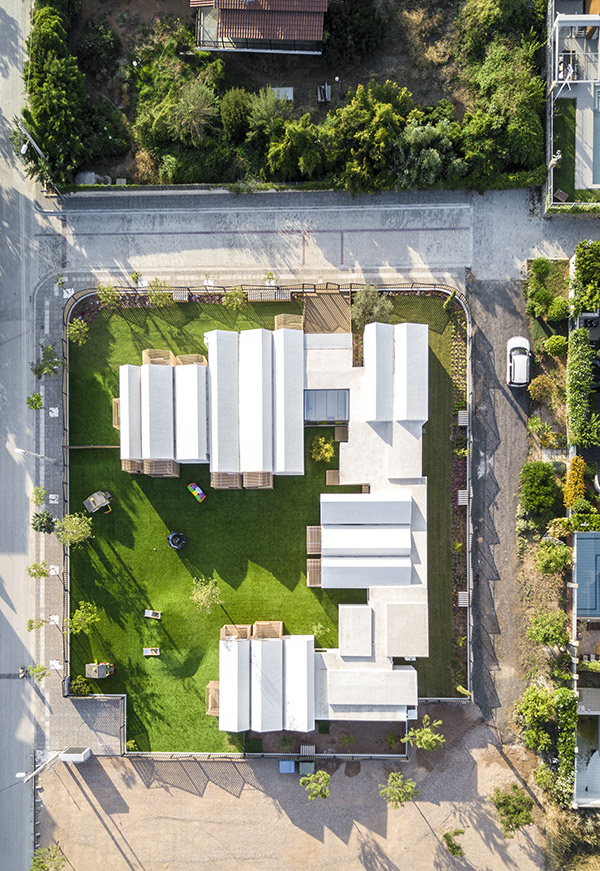 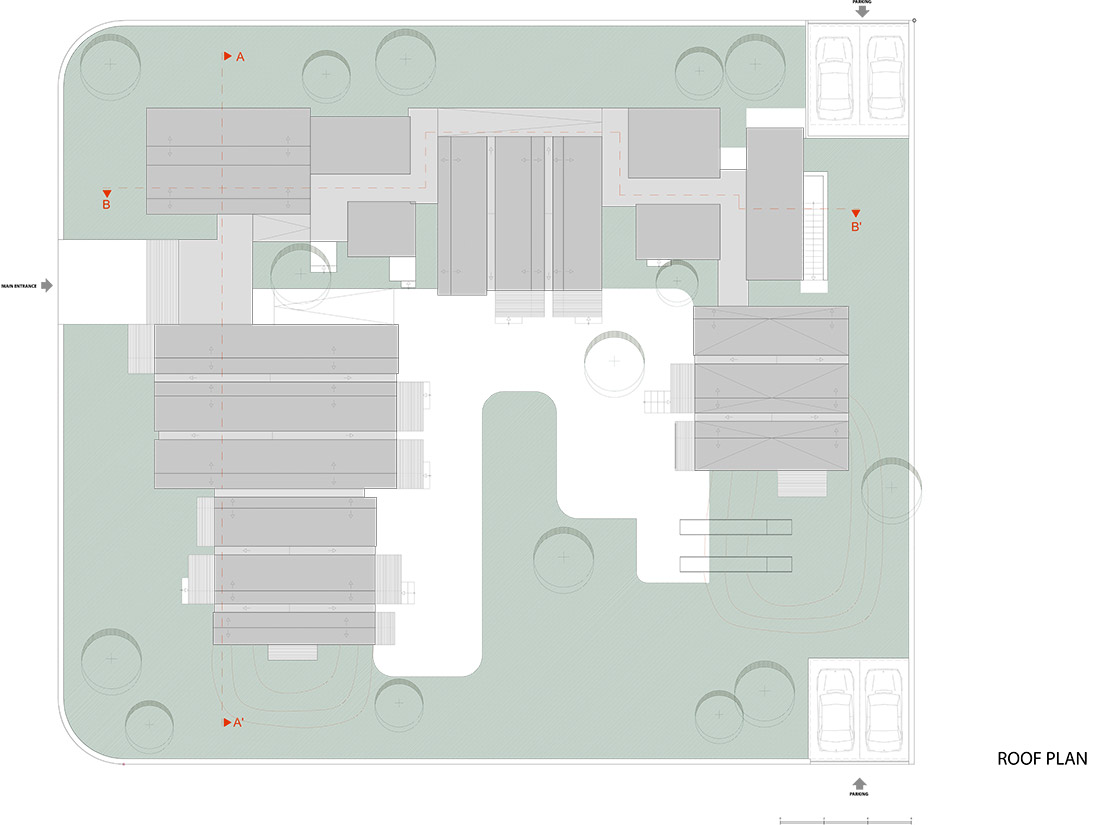 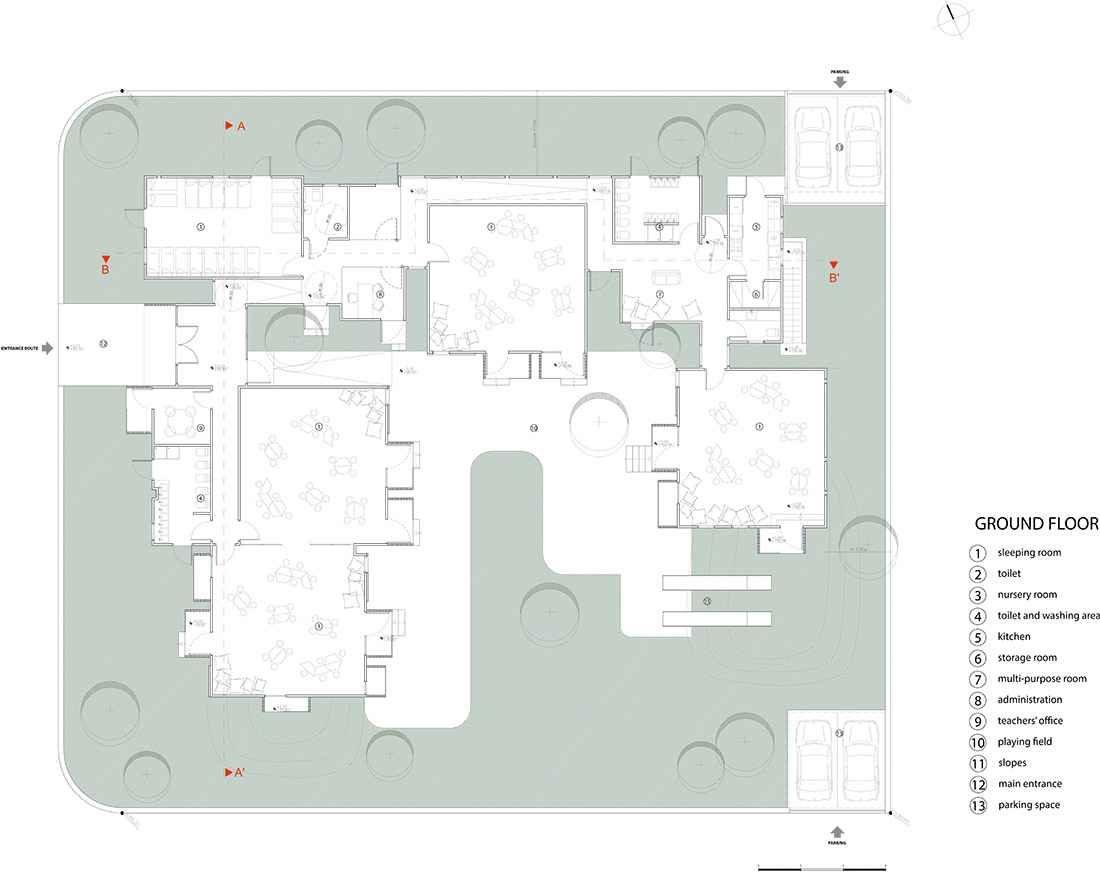