Building a house in the picturesque Bregenzerwald valley in Western Austria, on a very steep hill outside the village centre, on a quiet road where several homes of varying size and artistic value had been built in recent years on both sides of the road. The The Höller House is – and will, for topographical reasons, remain – the last house on the northern side.

The assignment was to come up with a new building for this steep, exposed place, only used to herd goats before. A building that would be convincing in its noble simplicity while highlighting the best characteristics of the lot. An additional challenge was the future owner’s request for a private outdoor space.

The front-gabled building, its roof ridge parallel to the hill, resembles the traditional farm buildings of the region, blending in with the landscape most naturally. We carefully placed it into the hillside situation like a solitaire, with only two of its three floors being visible. The entrance is not recognizable as such immediately, making the house seem somewhat inapproachable and more private. The access from the road is situated at a lower level and only at second sight, the concrete-covered cut into the hill can be identified as the entrance. Inside the house, several stairs lead from the double garage up the hill. On the first floor are the bedrooms, each of them with a terrace to the south. Here, the building opens up to the surrounding landscapes for the first time.

On the upper floor is the living area consisting of several layers or shells; at its core, the staircase which also houses a toilet and storage room. Around this solid core of exposed concrete is the living and dining area, bright and open all all the way up to the ridge. The outermost shell consists of a covered terrace running all around the house, allowing for a smooth transition from the inside of the house to its natural surroundings. A screen façade of vertical and horizontal spruce slats, enclosing the room-high glass or spray plaster surfaces on the inside, gives the building a homogenous look. This way we created a wide spectrum of translucence and transparency which we gradually and individually adapted to each room, its purpose and the level of desired intimacy, preventing unwanted insights while making beautiful outlooks part of every day life and living. 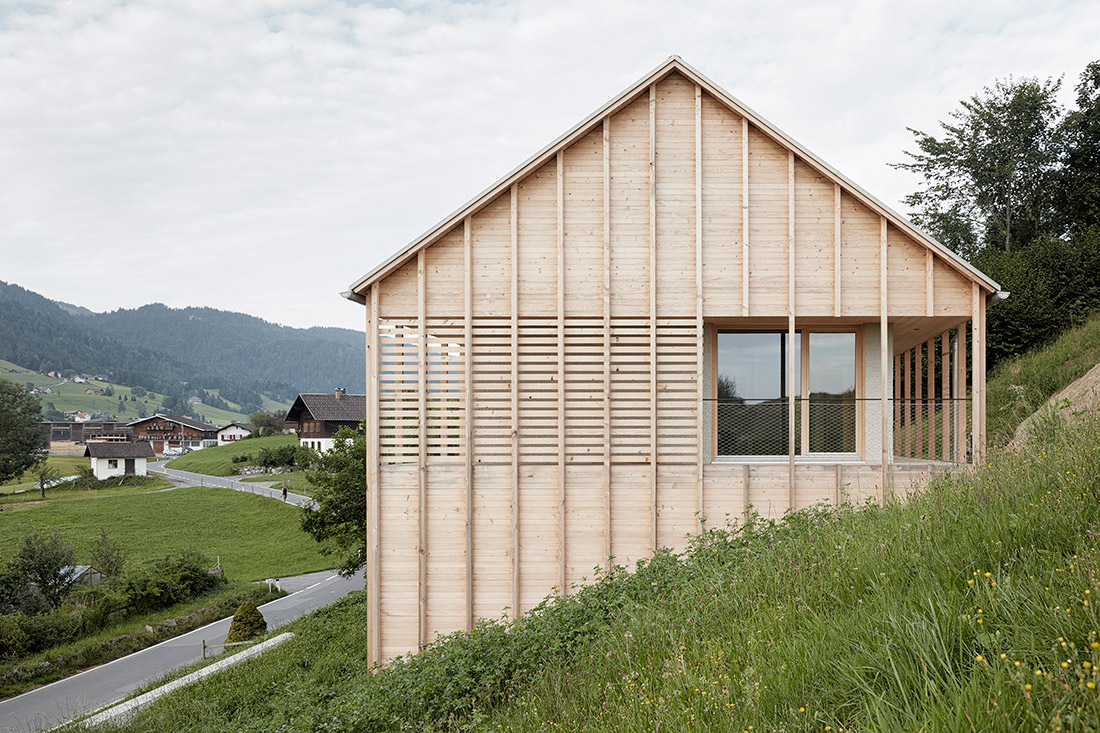 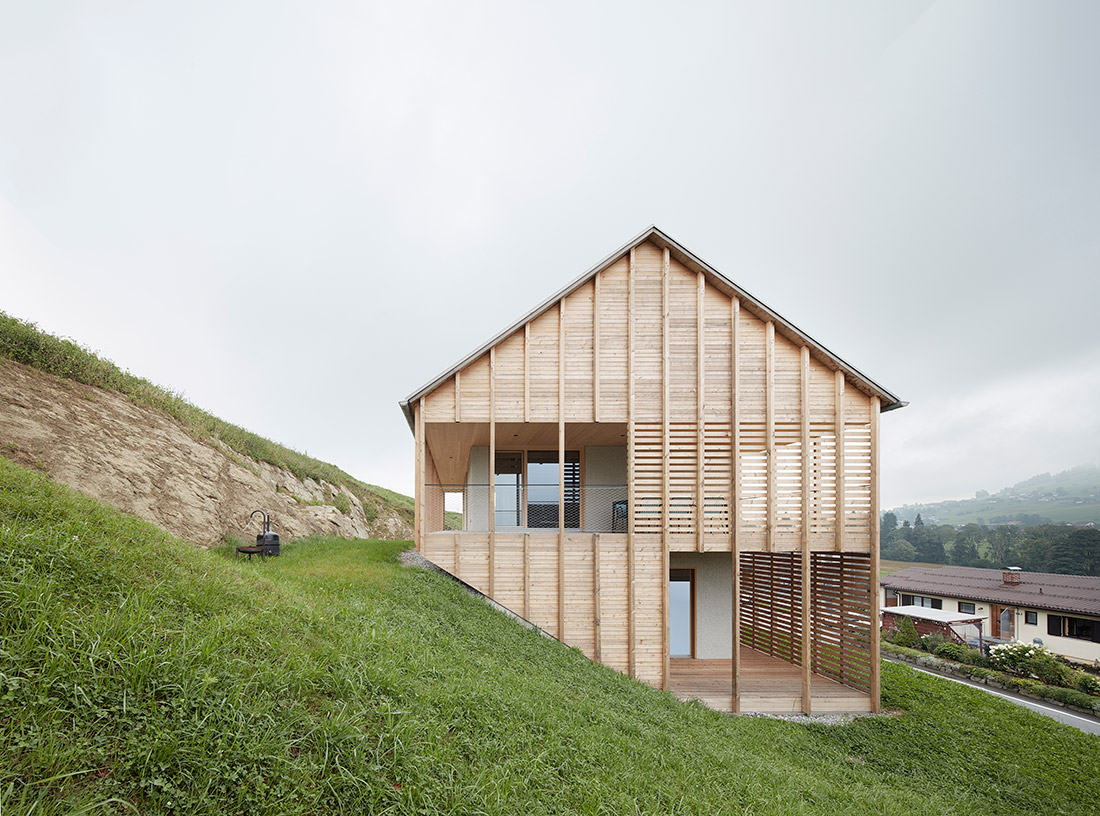 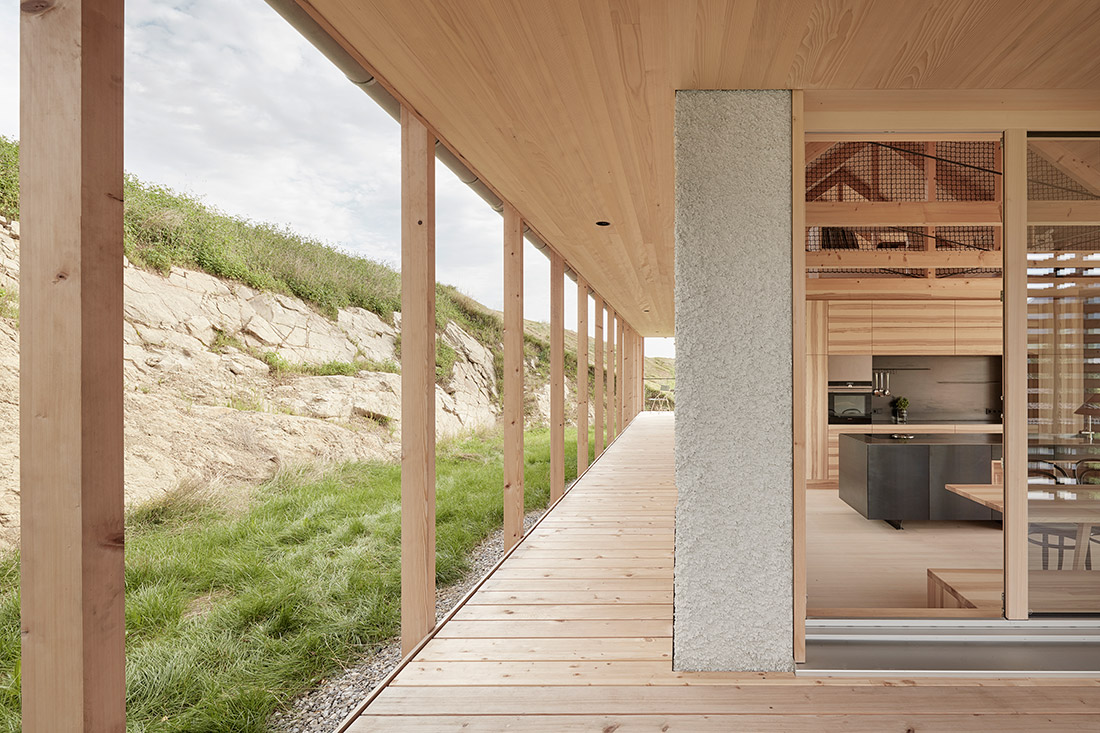 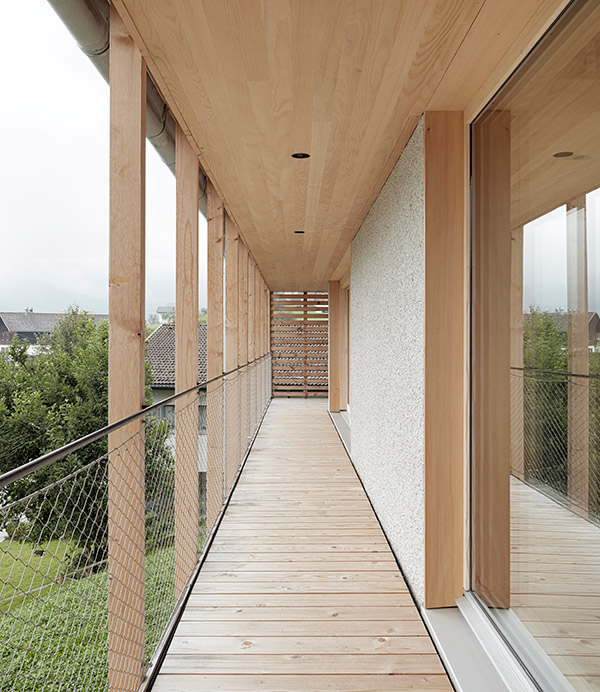 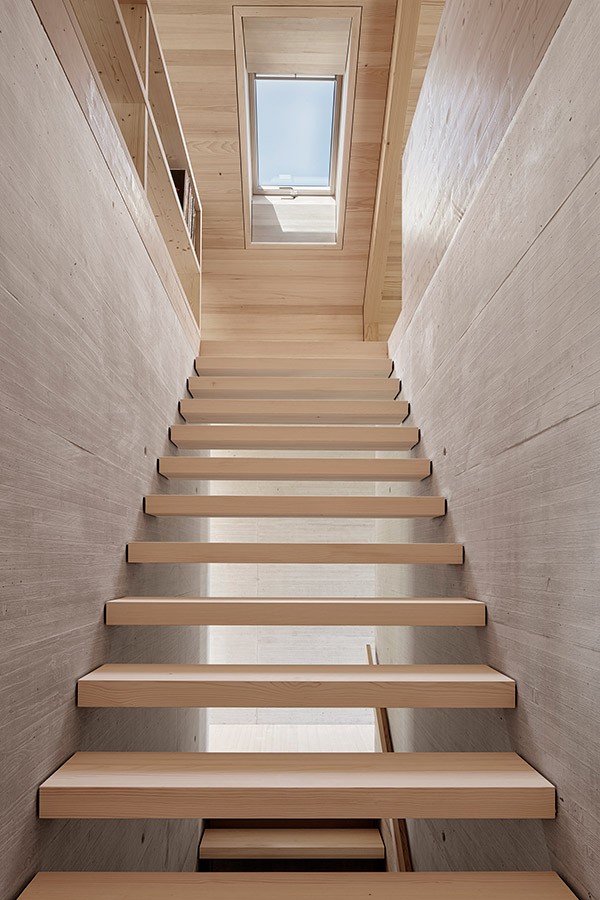 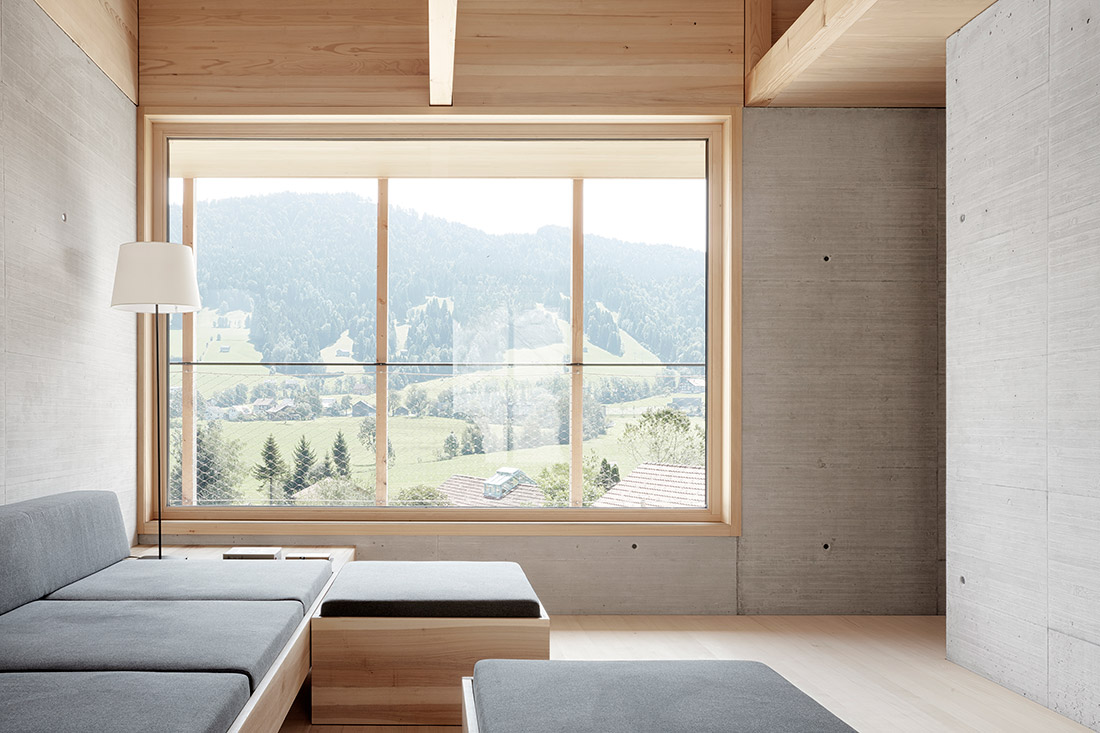 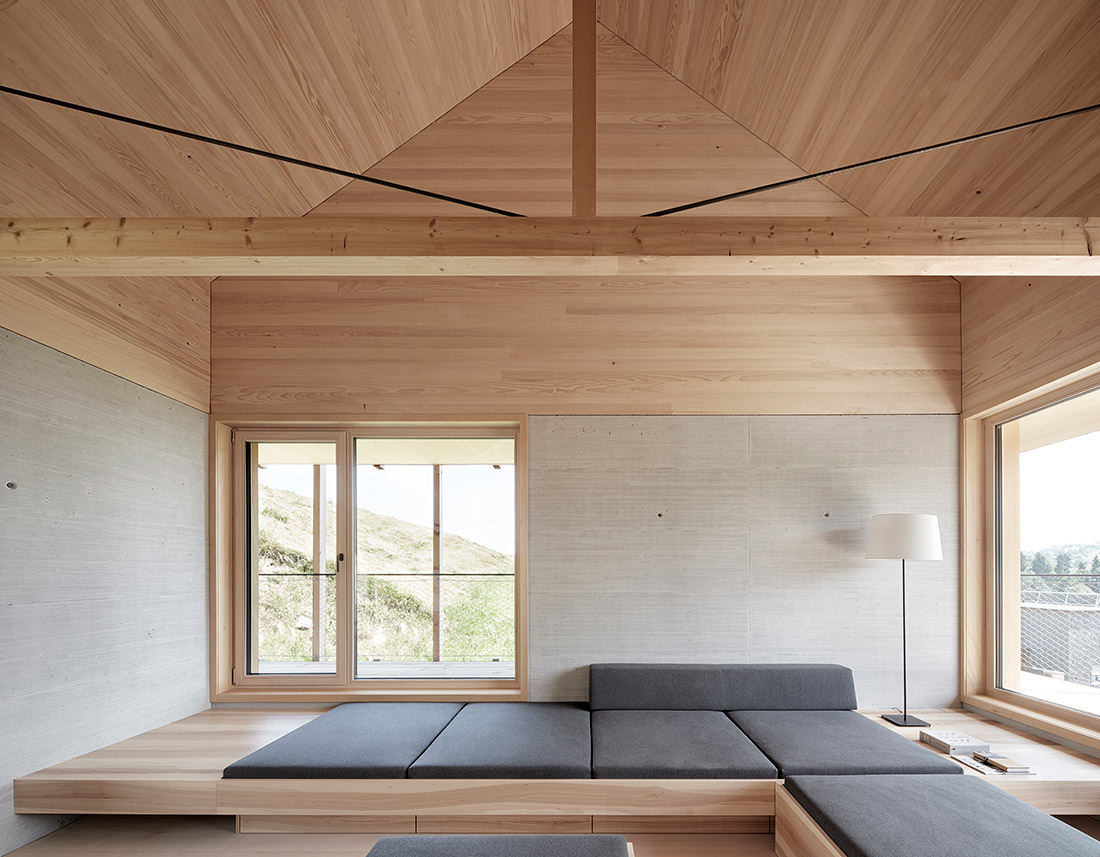 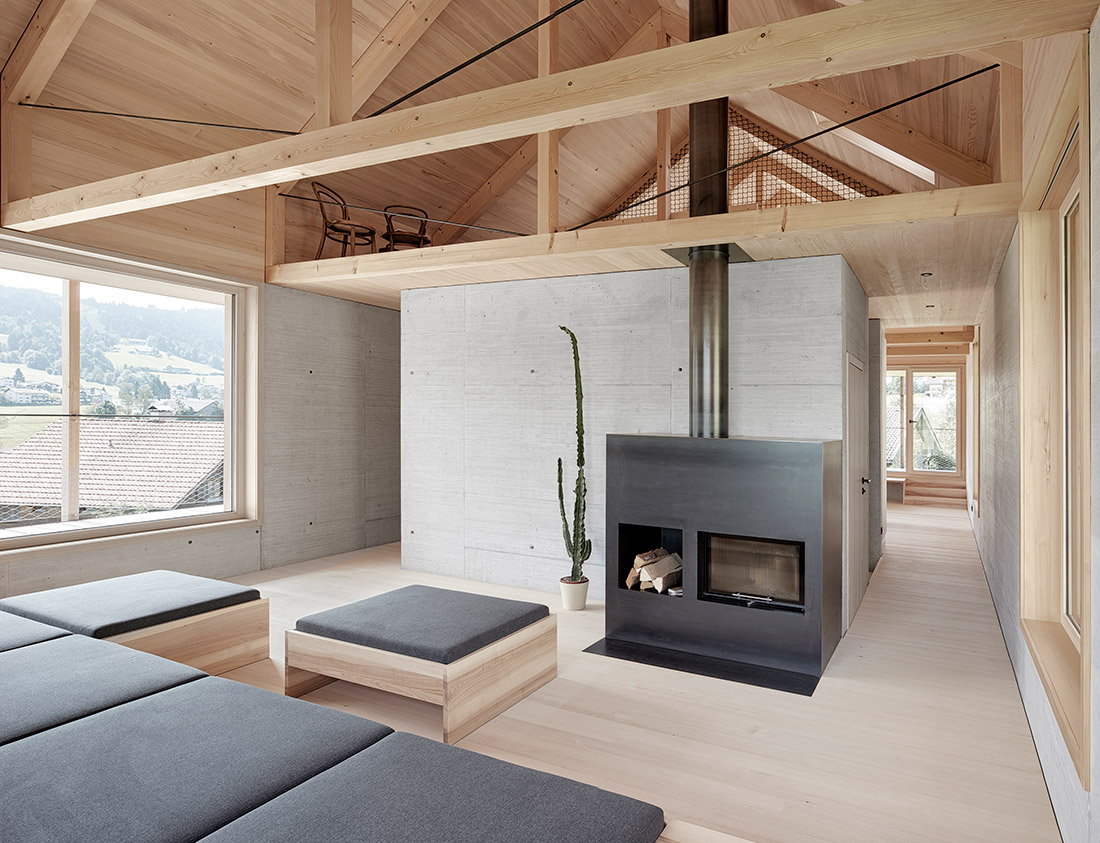 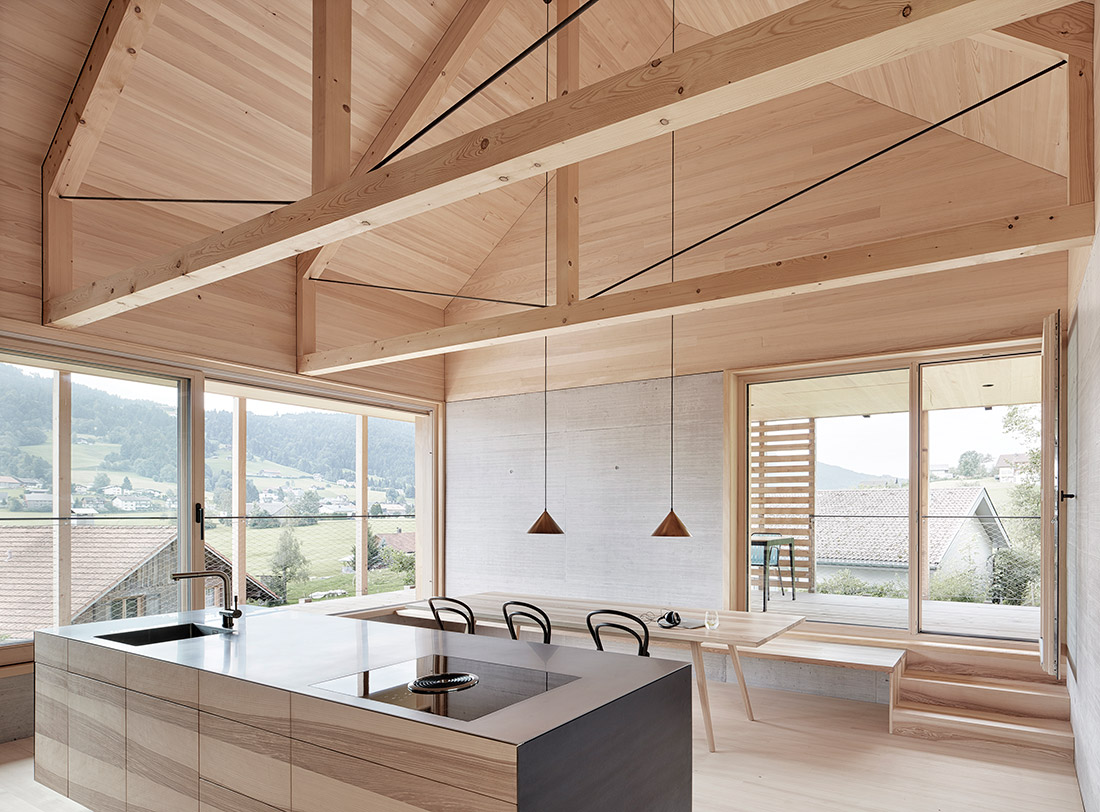 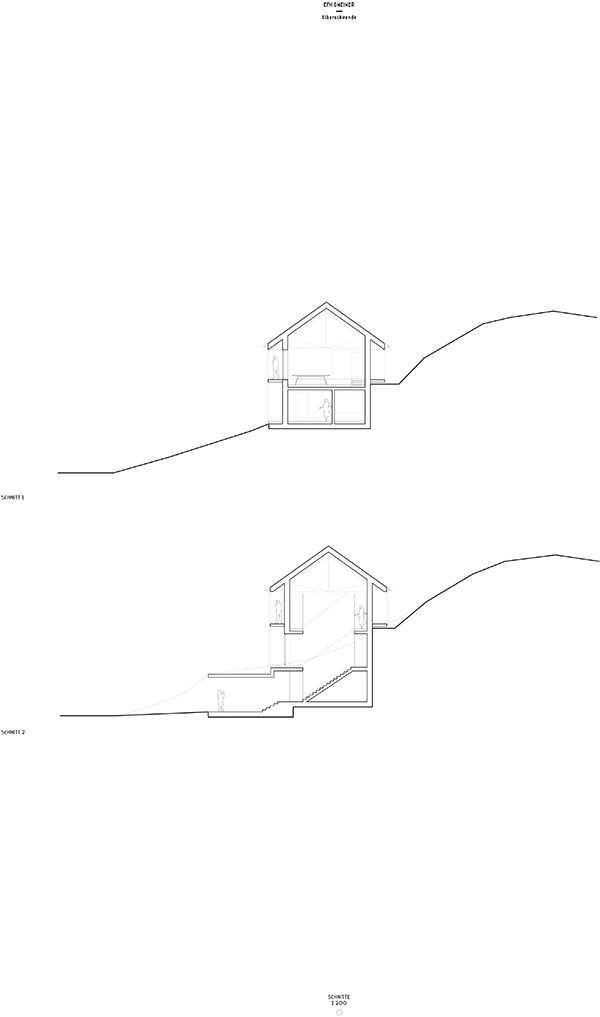 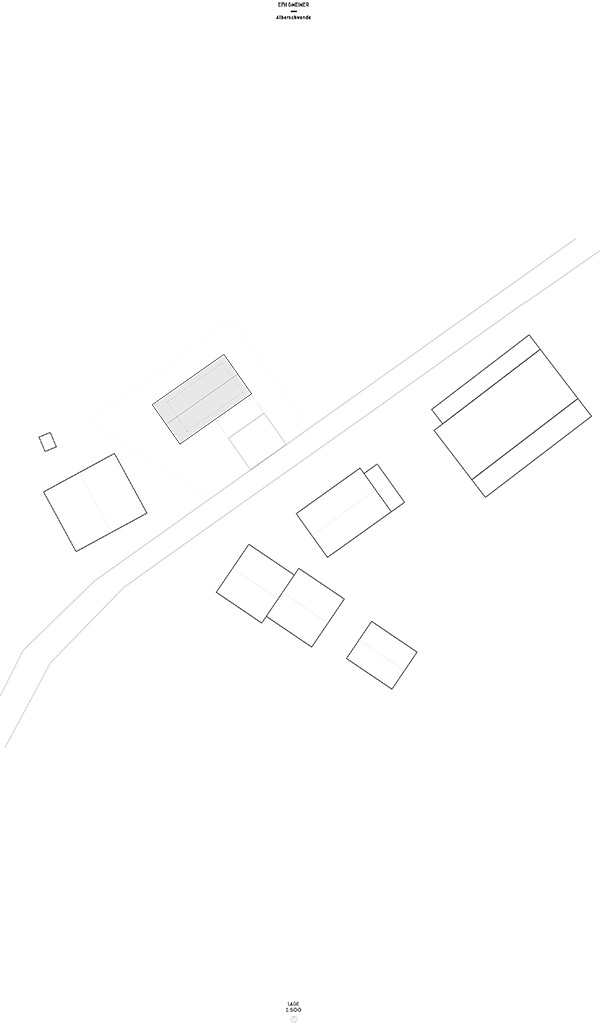 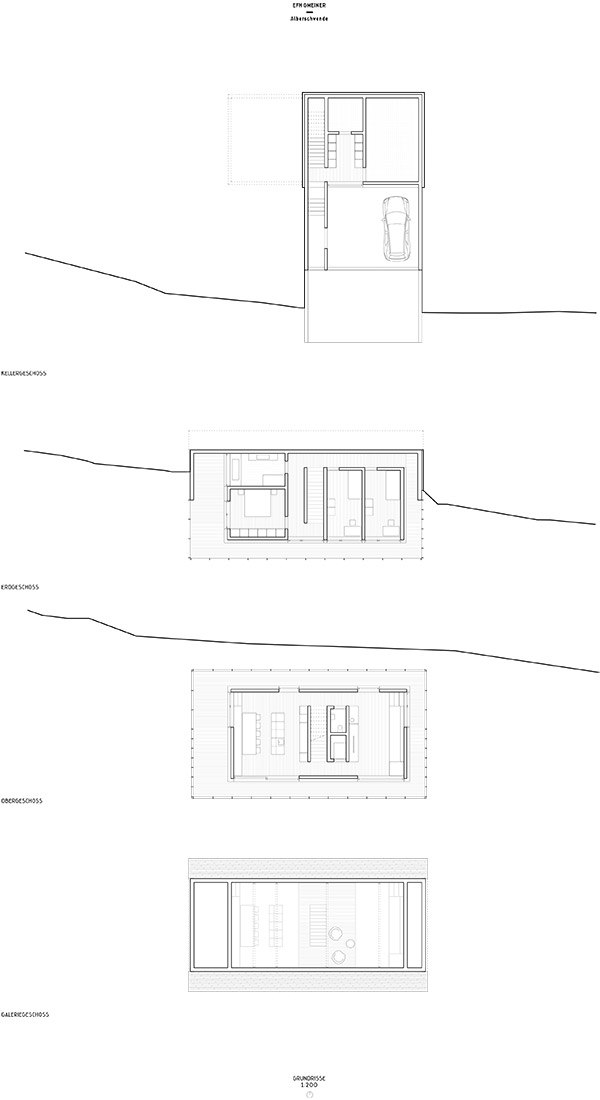 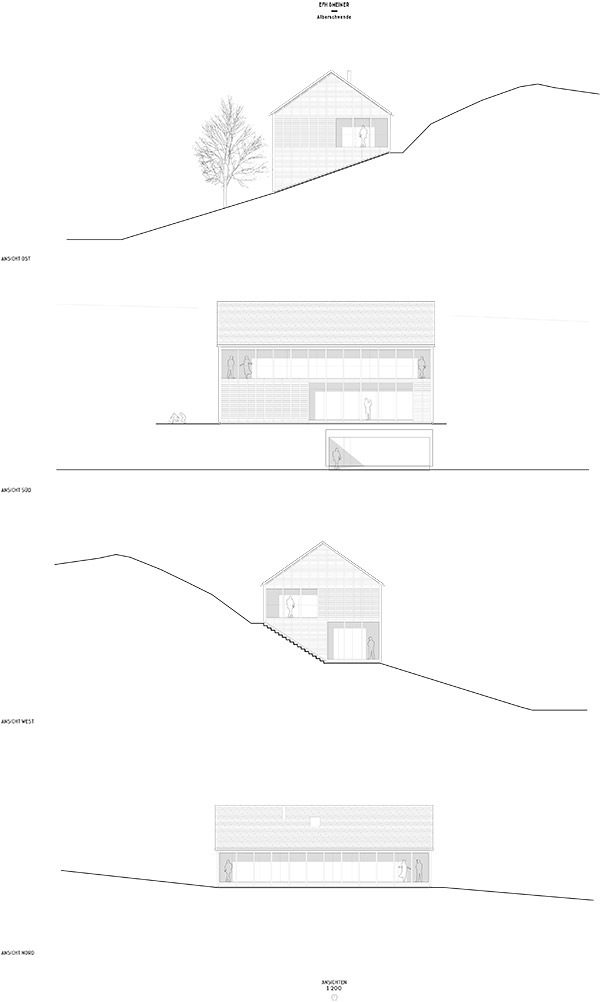