The plateau is established to house a monument to Dimitrije Tucovic, an important figure in the Serbian socialist movement at the turn of the twentieth century, and to become a new public space in the city of Belgrade. It is designed as a sidewalk extension and a space capable to host events such as flower market, second-hand books sails or accommodate street food stands.

The plateau sits between the National Bank of Serbia building and a busy traffic roundabout at Slavija Square in Belgrade. Such ‘hard edges’, impermeable to pedestrian traffic, make this site highly visible but isolated segment of the urban fabric. This is further reinforced with implementation of the new traffic plan, meant to help traffic congestion by repositioning pedestrian crossings away from the existing roundabout and thus making all pedestrian movement only tangential to the site. As a result, of both the built context and traffic regime, the site has become an island sitting on one of the busiest traffic routes in the inner city.

Prior to the realization of the project, a makeshift car park and empty sheds occupied the lot. The area was fenced off for decades and only improvised fast food stands were popping up through the fence to serve commuters. The architectural intervention focused on creating an accessible place, open and inviting to public. We aimed to find a spatial solution for indeterminate scenarios of use, presuming that events currently unfolding in nearby public spaces could spill over to this one. The design is driven by the premise that flower market, second hand books stalls or street food stands could be introduced here.

The design intent was to create a new topography and an inward-oriented open space. In an amphitheater-like setting, the monument is positioned at the central and lower datum of the new terrain, so that movement across the plateau provides different views of it. The new topography consists of a series of platforms with differing inclinations of the floor surface. Zones with a slope, ranging from 2 to 8% inclination, define circulation routes while flat patches land themselves to seating areas. Risers, occurring between flat and sloping facets of the surface are used to direct movement and to create seating places.
In situ cast polymer concrete is the material chosen for the finishing layer, for its long-term durability with respect to freeze and thaw cycles and low permeability to water, while seating areas are clad in timber. In addition to floor surface treatment, the design includes planting of approximately 30 trees, and positioning of 20 lampposts. 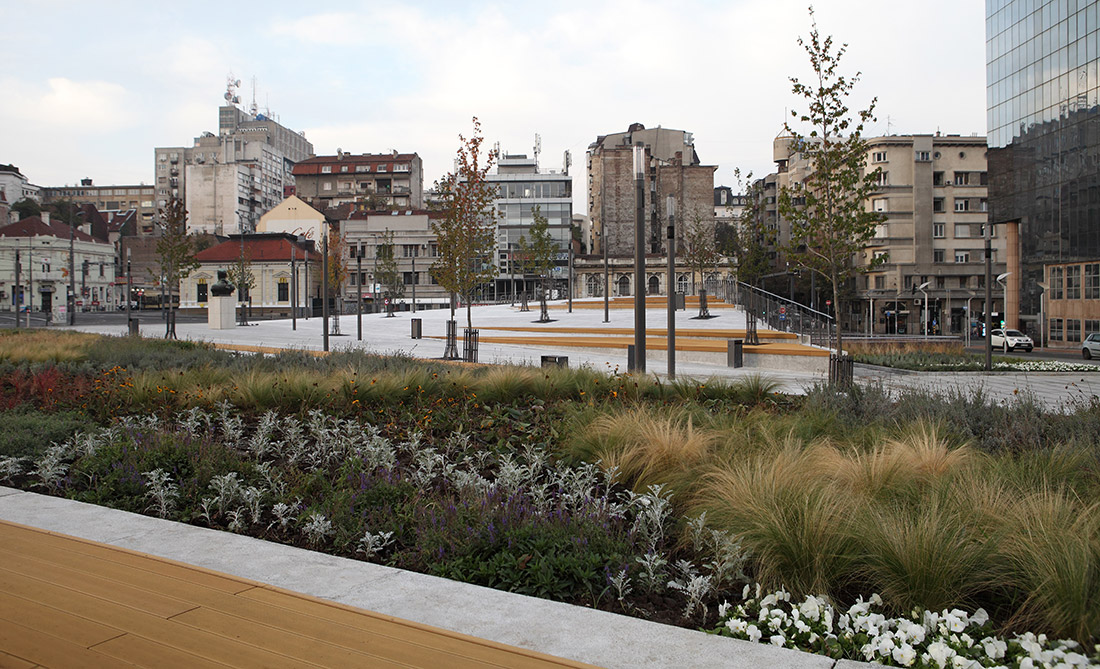 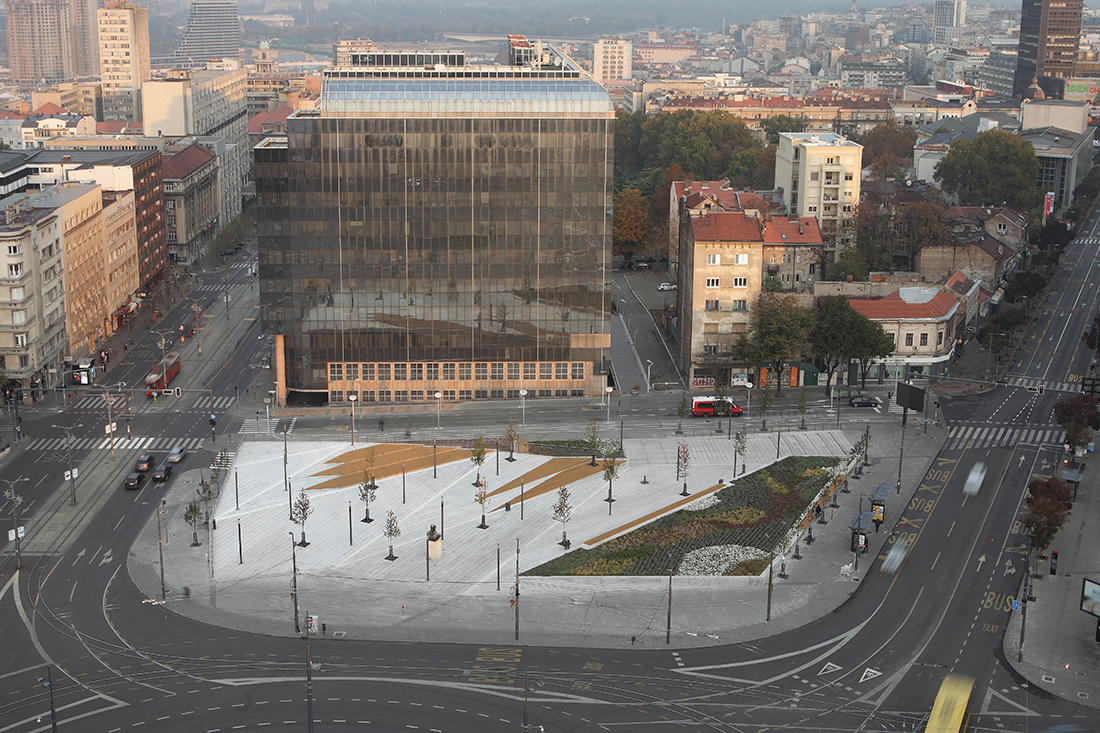 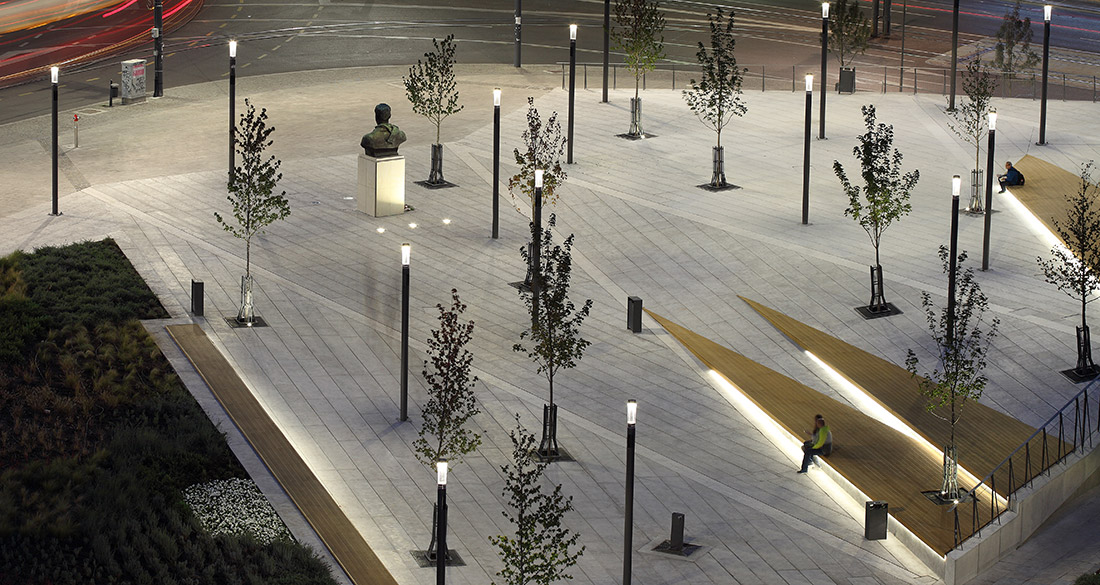 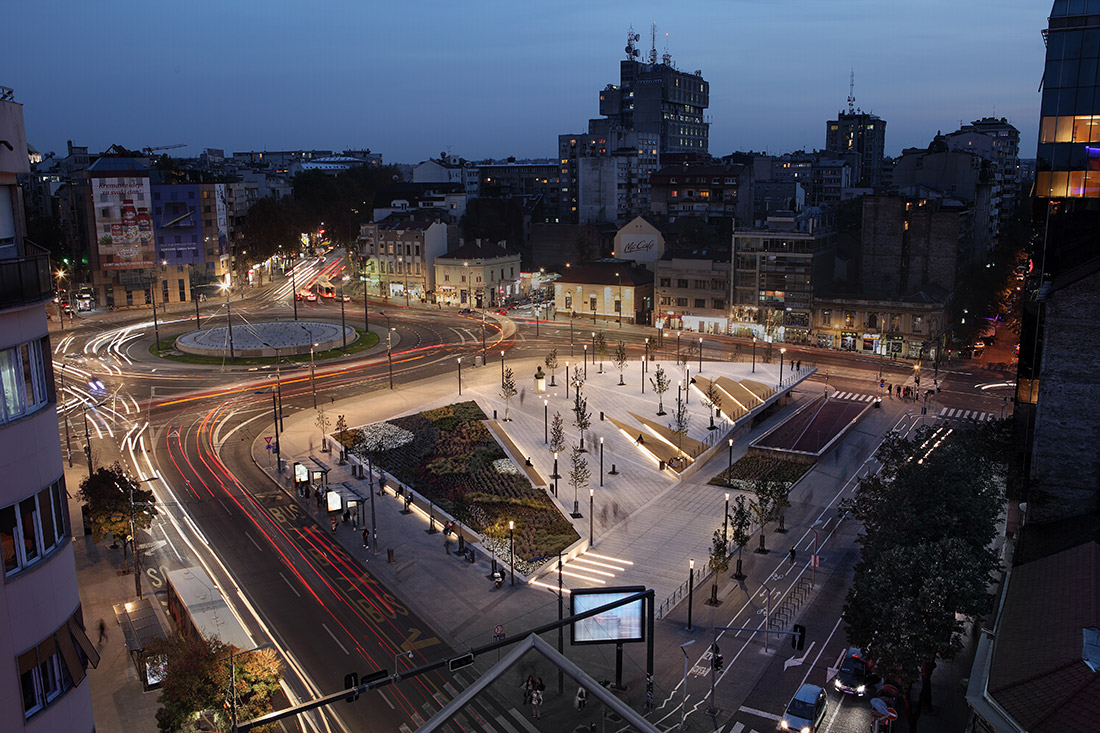 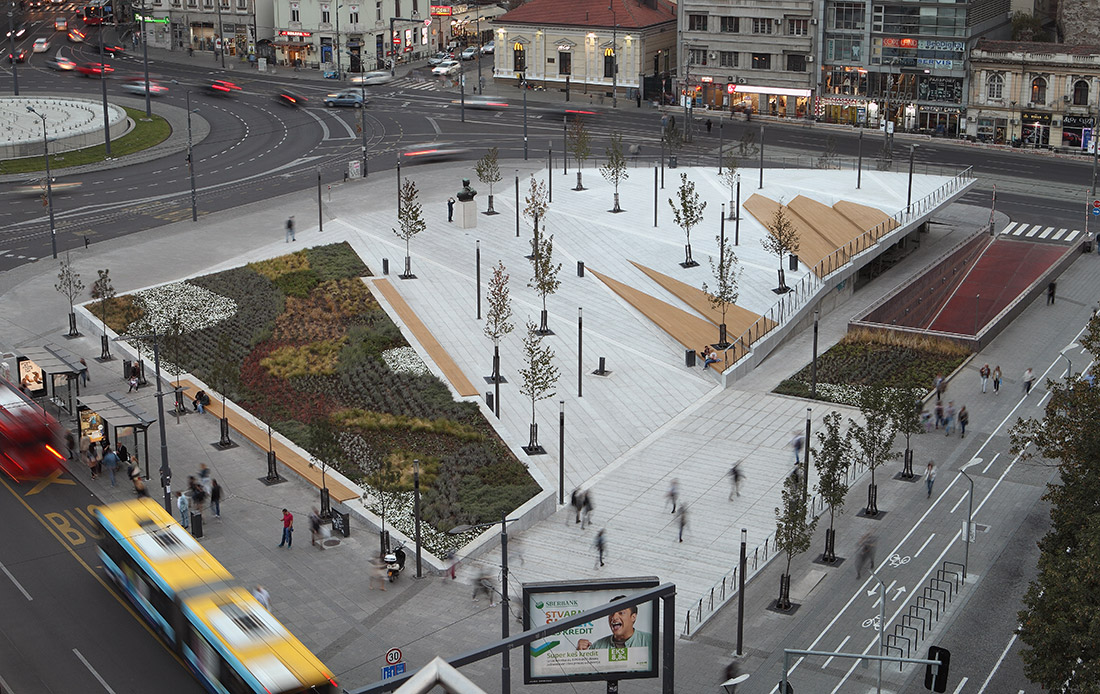 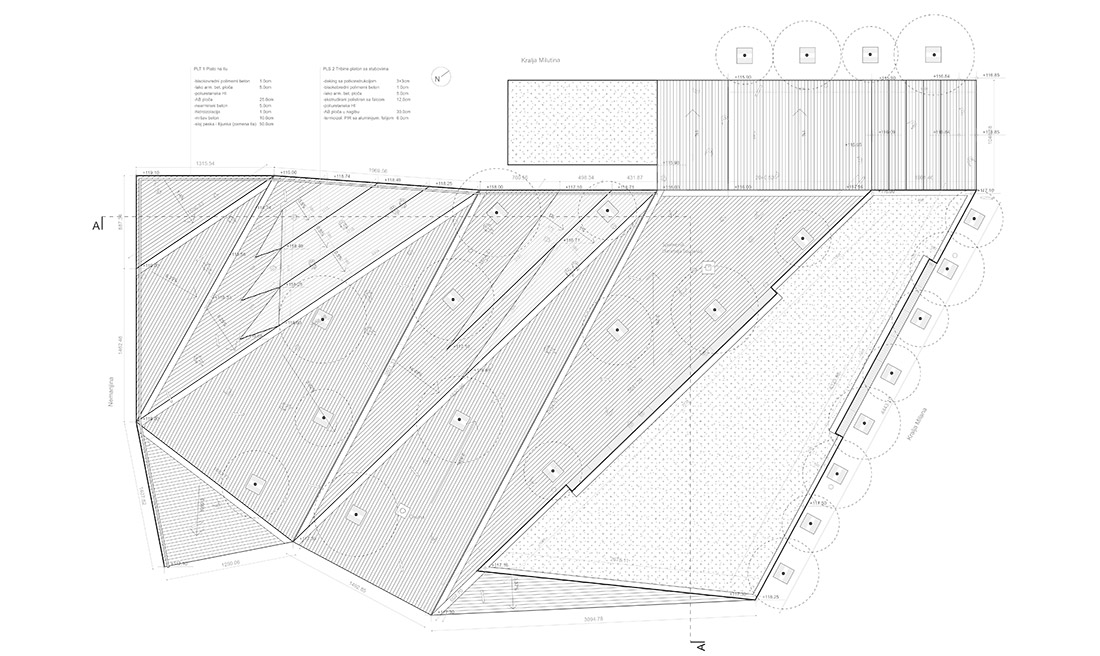