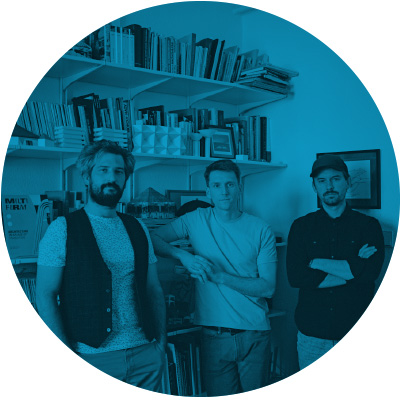 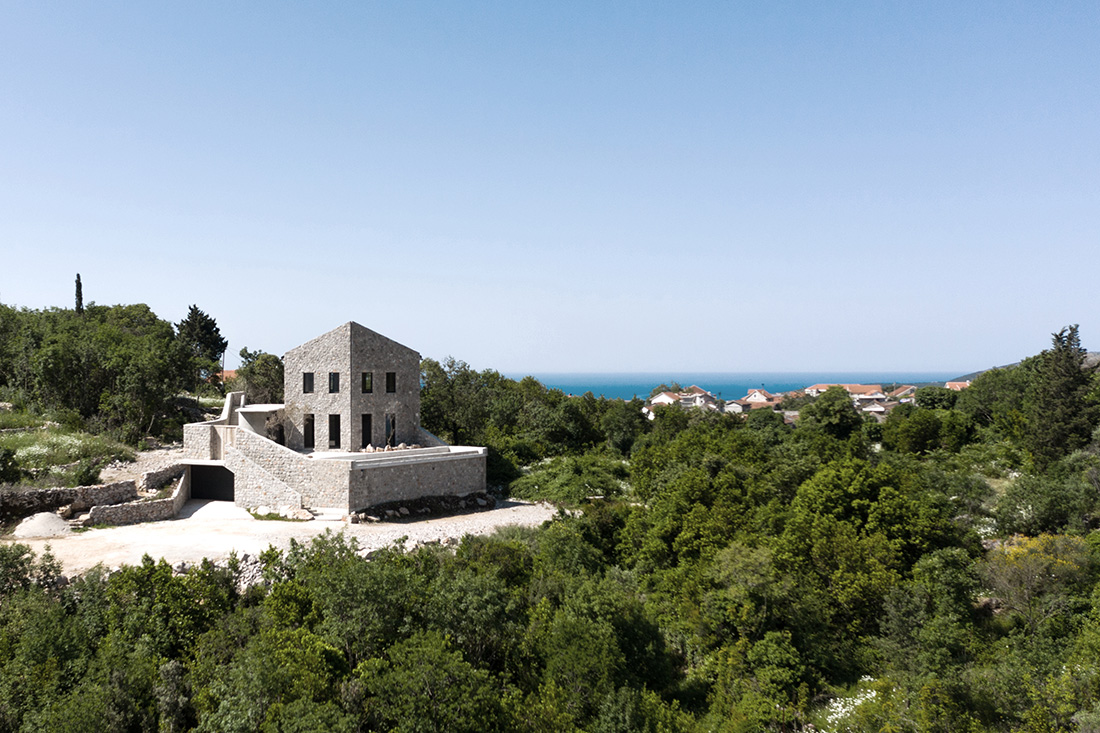 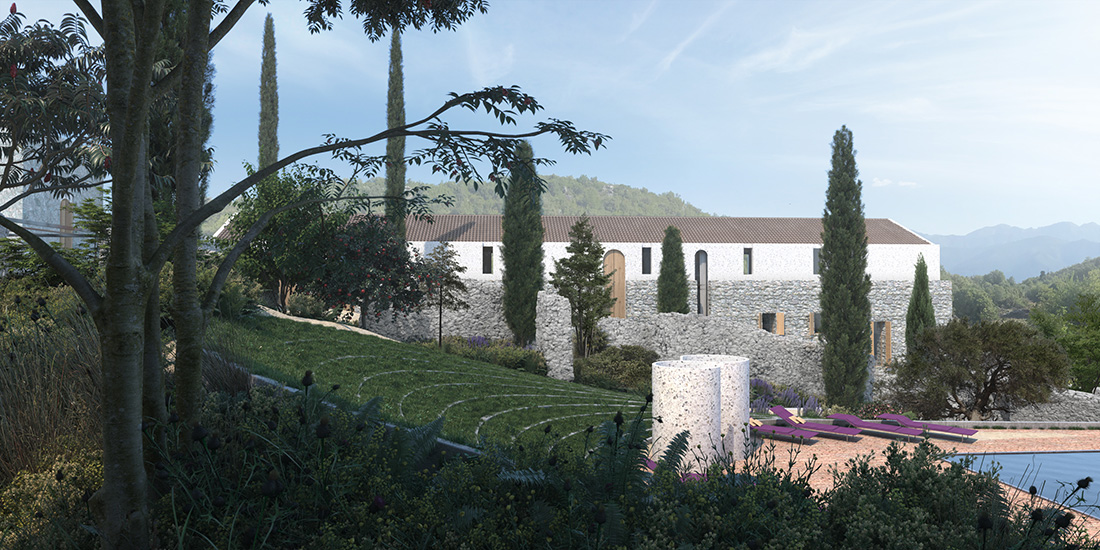 The first library of Muyinga, part of a future inclusive school for deaf children, in locally sourced compressed earth blocks, built with a participatory approach.

A thorough study of vernacular architectural practices in Burundi was the basis of the design of the building. Two months of fieldwork in the region and surrounding provinces gave us insight in the local materials, techniques and building typologies. These findings were applied, updated, reinterpreted and framed within the local know-how and traditions of Muyinga.

The library is organized along a longitudinal covered circulation space. This “hallway porch” is a space often encountered within the Burundian traditional housing as it provides a shelter from heavy rains and harsh sun. Life happens mostly in this hallway porch; encounters, resting, conversation, waiting – it is a truly social space, constitutive for community relations.

This hallway porch is deliberately oversized to become the extent of the library. Transparent doors between the columns create the interaction between inside space and porch. Fully opened, these doors make the library open up towards the adjacent square with breathtaking views over Burundi’s “milles collines” (1000 hills).

A very important element in Burundian architecture is the very present demarcation of property lines. It is a tradition that goes back to tribal practices of compounding family settlements. For the library of Muyinga, the compound wall was considered in a co-design process with the community and the local NGO. The wall facilitates the terracing of the slope as a retaining wall in dry stone technique, low on the squares and playground of the school side, high on the street side. Thus, the view towards the valley is uncompromised, while safety from the street side is guaranteed.

The general form of the library is the result of a structural logic, derived on one hand from the material choice (Compressed Earth Blocks masonry and baked clay roof tiles). The locally produced roof tiles were considerably more heavy than imported currogated iron sheets. This inspired the structural system of closely spaced columns at 1m30 intervals, which also act as buttresses for the high walls of the library. This rhytmic repetition of columns is a recognisable feature of the building, on the outside as well as on the inside.

The roof has a slope of 35% with an overhang to protect the unbaked CEB blocks, and contributes to the architecture of the library.

Climatic considerations inspired the volume and facade: a high interior with continuous cross-ventilation helps to guide the humid and hot air away. Hence, the façade is perforated according to the rhythm of the Compressed Earth Blocks (CEB) masonry, giving the library its luminous sight in the evening.

The double room height at the street side gave the possibility to create a special space for the smallest of the library readers. This children’s space consist of a wooden sitting corner on the ground floor, which might facilitate cosy class readings. It is topped by an enormous hammock of sisal rope as a mezzanine, in which the children can dream away with the books that they are reading.

The future school will continue to swing intelligently through the landscape of the site, creating playgrounds and courtyards to accommodate existing slopes and trees. In the meanwhile, the library will work as an autonomous building with a finished design. 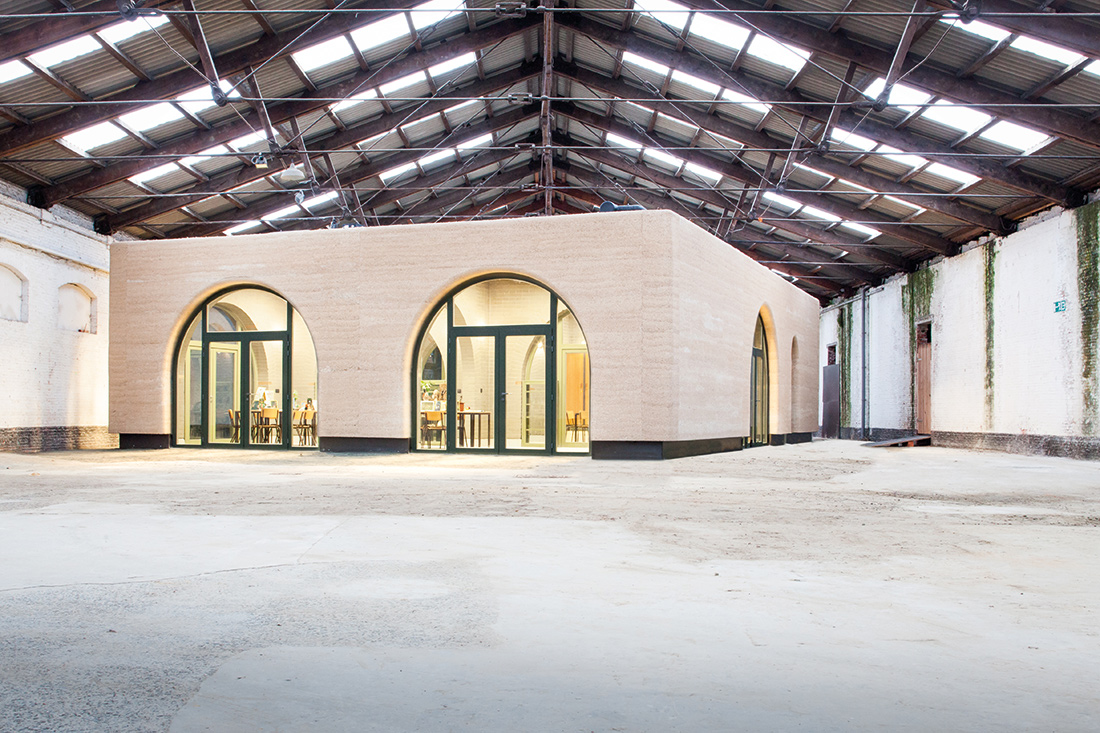 A regional house for the commune of Edeghem inside a warehouse, where kids can learn about nature and ecology.
This project is framed within a strengthen the current function but needs a new infrastructure. education of nature and ecology
wider masterplan for the Fort V site, aiming to of public park. It is conceived for the region.

The ‘bioclass’ is known to locals, as a new reception centre for The design interprets the existing warehouse as existing walls are considered as garden walls. The warehouse will be opened up in certain area’s to allow vegetation to grow in a controlled way. Zones will be installed which house rare plant species, a swamp, or a summer bar reception area. The hall is the first place to start excursions for fauna and flora, which can extend into the park of Fort V.

The Regional House itself reflects this educative and ecological approach through a radically sustainable and participative architecture. Structurally arched walls, inspired by the arch masonry of the fort, are made of compressed earth blocks from local clays. An insulation façade and roof of hempcrete is left apparent as finishing and makes this building CO2-negative. Only two construction techniques make the superstructure of this building honest, minimalistic and educational.

19000 blocks were produced in a 3 week workshop, and 312 m2 of hempcrete was installed in a 2 week workshop: together, more than 150 volunteers worked on and learned with this project. 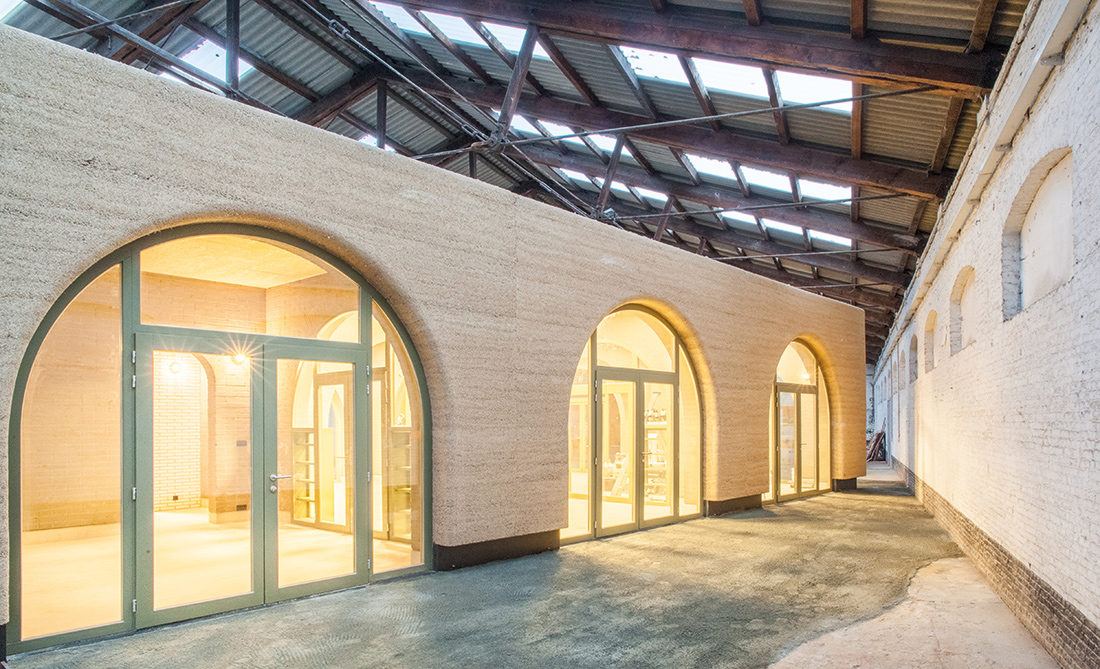 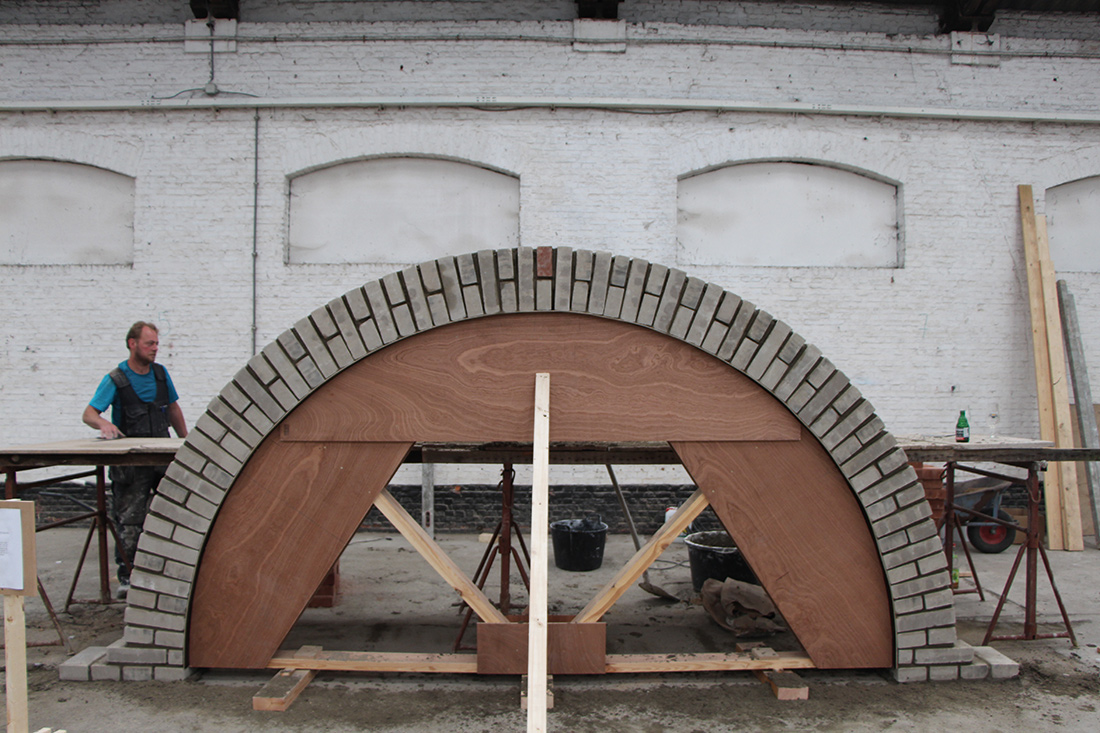 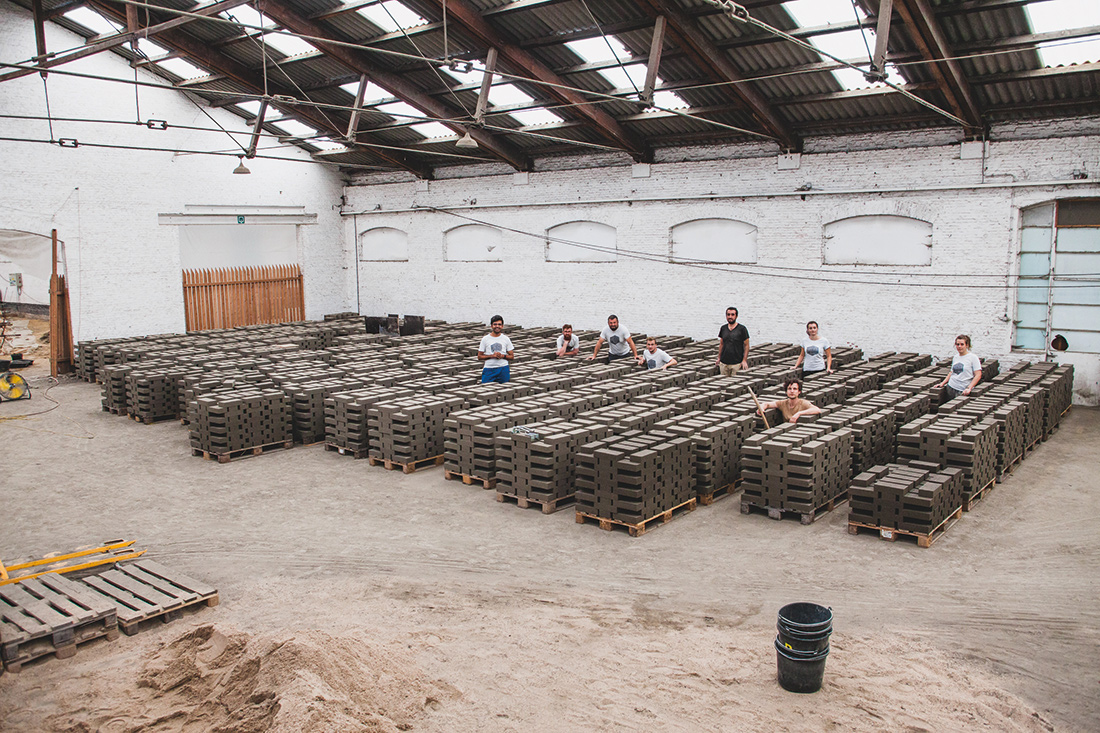 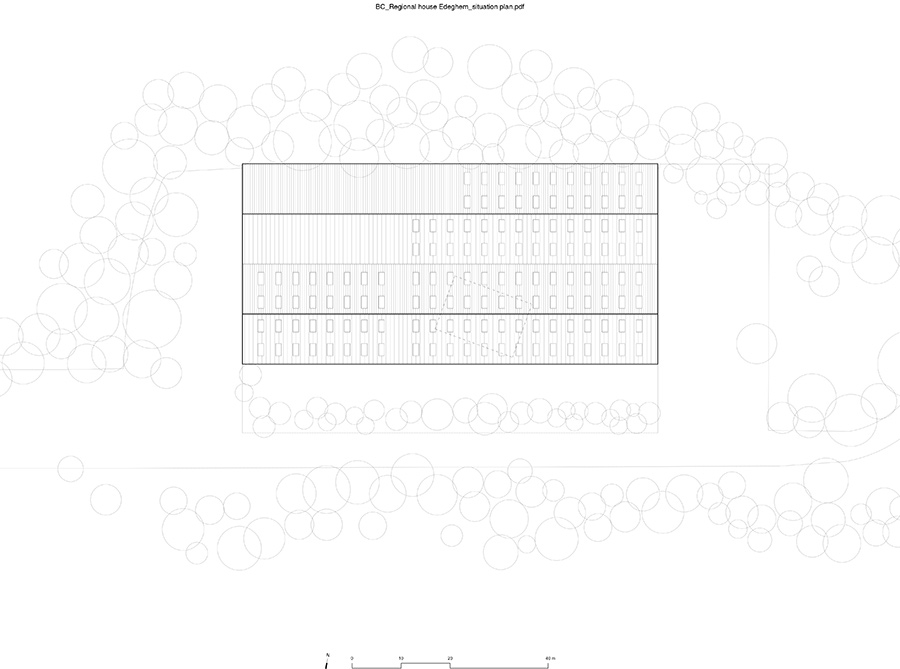 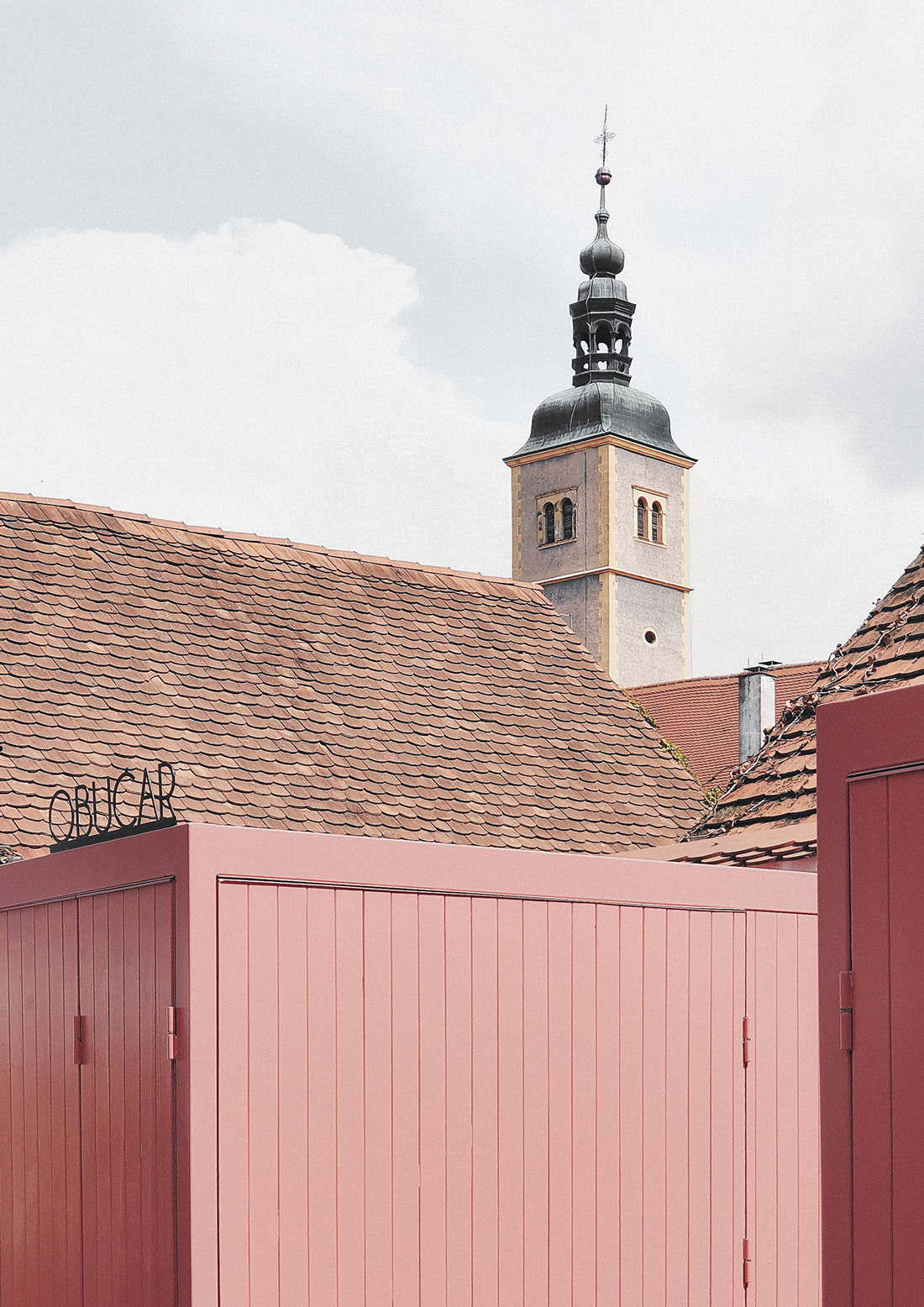 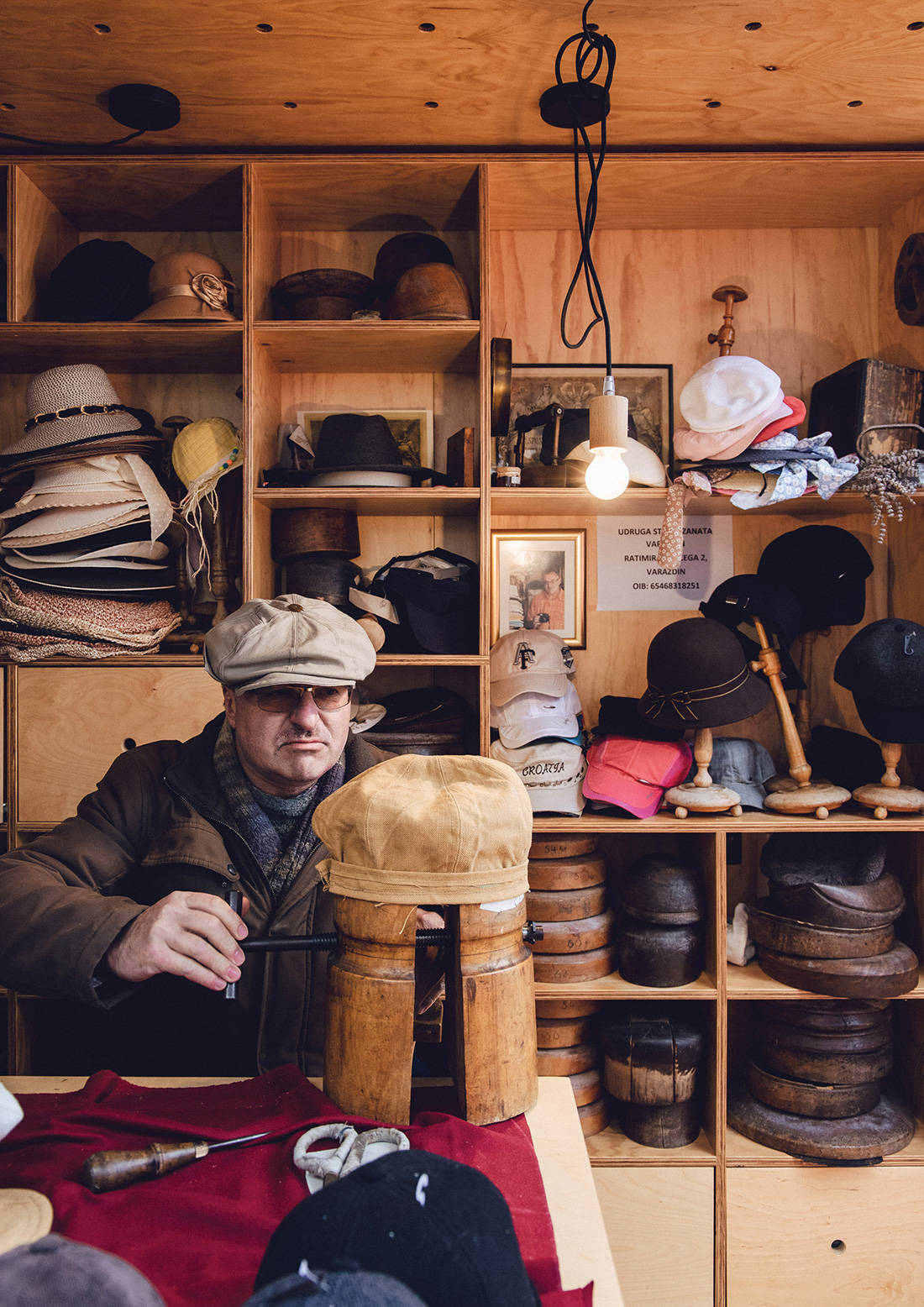 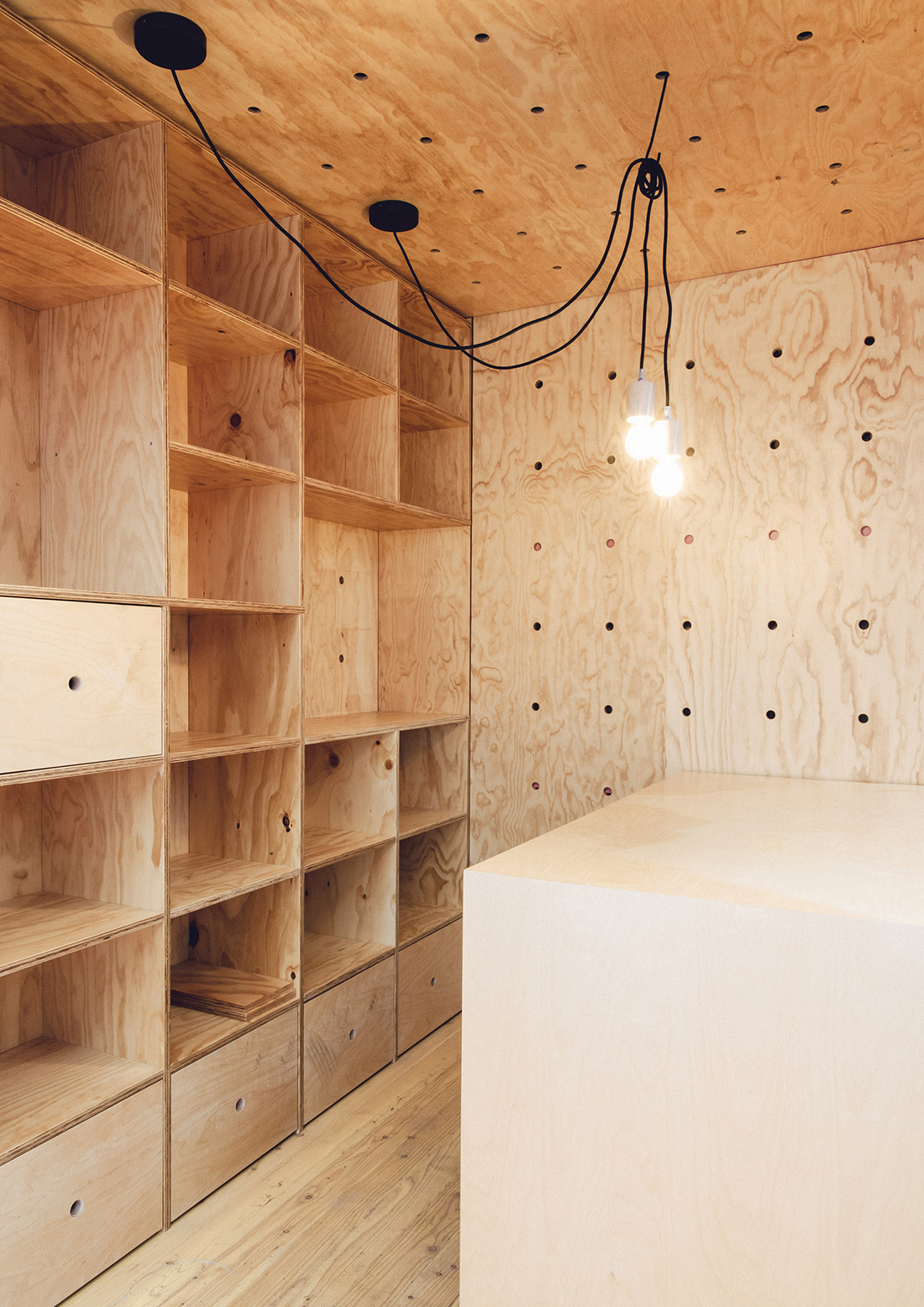